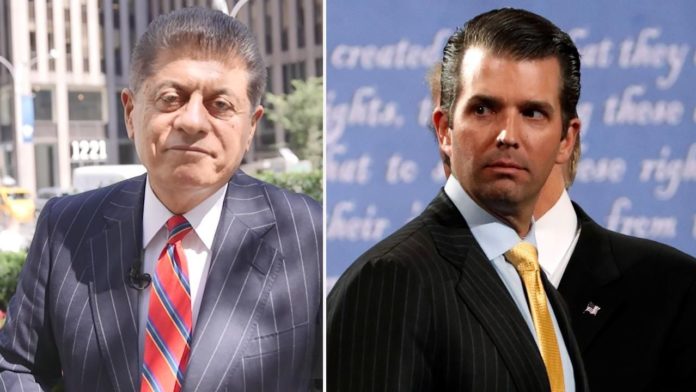 With the Mueller investigation reaching what could well be the most critical stage, speculation has begun as to who will soon be seeing their name on one of the special counsel’s sealed indictments.

“What is also significant is that Flynn became a cooperating witness a long time ago and the independent counsel, the special counsel reflects that, that he was present almost at the creation of our investigation and was able to guide us in certain areas. I have an idea what that other area may be because last week when Michael Cohen pleaded guilty, and we all in the media went crazy about it, something else that happened that nobody really paid much attention to.”

When Abrams asked Napolitano who in the president’s inner circle should now be worried when it comes to their legal jeopardy, the Fox analyst replied:

“I do know that Donald Jr. has told friends that he expects to be indicted.”

This echoes what Napolitano said back in August during an appearance on Fox News:

“The president should be worried about his son.”

.@Judgenap: “The @POTUS should be worried about his son.” #TheStory pic.twitter.com/Pcz2eNPLUo

Don Jr. was one of three senior Trump campaign official at the infamous June 2016 meeting with Russian nationals held at Trump Tower. The others were Jared Kushner and Paul Manafort. Kushner may also be indicted in the near future, and Manafort is facing the prospect of spending the rest of his life in prison for violating the plea agreement he made with Mueller.

Things are about to get deadly serious for the Trump family, and it remains to be seen how the president will react if and when his son is indicted.