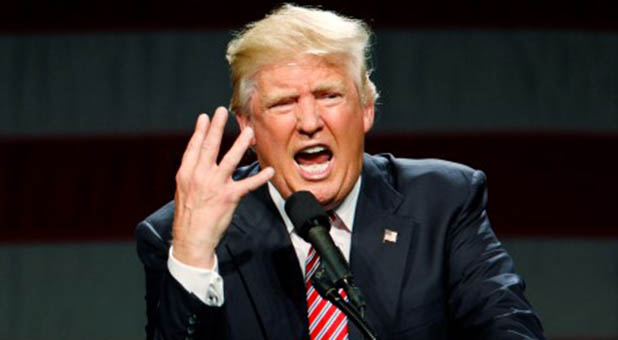 A new Fox News poll drew a temper tantrum from President Donald Trump on Friday because it shows him getting his a** handed to him by former Vice-President Joe Biden.

The 2020 Democratic presidential candidate has consistently led Trump in multiple polls, including Trump’s own internal campaign polls that show him getting crushed in just about every swing state.

This is not good news for Trump as he seeks reelection on the heels of his racist attacks against four Democratic congresswomen of color, which he had hoped would bolster his numbers. That strategy appears to have failed.

Rather than do something constructive to make himself more competitive with Biden and Sanders, Trump chose to lash out at Fox News instead.

.@FoxNews is at it again. So different from what they used to be during the 2016 Primaries, & before – Proud Warriors! Now new Fox Polls, which have always been terrible to me (they had me losing BIG to Crooked Hillary), have me down to Sleepy Joe. Even considering…..

….the fact that I have gone through a three year vicious Witch Hunt, perpetrated by the Lamestream Media in Collusion with Crooked and the Democrat Party, there can be NO WAY, with the greatest Economy in U.S. history, that I can be losing to the Sleepy One. KEEP AMERICA GREAT!

Trump is blaming Fox News for his terrible poll numbers. It’s as if he expects the network to release doctored numbers showing him with a commanding lead that just does not exist.

And that “big” lead Fox News showed Hillary Clinton had in 2016 was only four points, less than the six-point lead Sanders has over Trump and far less than the ten-point lead Biden currently enjoys.

As America braces for a new election, one has to wonder how much worse Trump’s behavior will become as his prospect of losing becomes more of a reality, especially since former Special Counsel Robert Mueller noted on Wednesday that Trump can be prosecuted for obstruction of justice once he leaves office, a bombshell that did not figure into this round of polling. The next round could very well be worse for him.