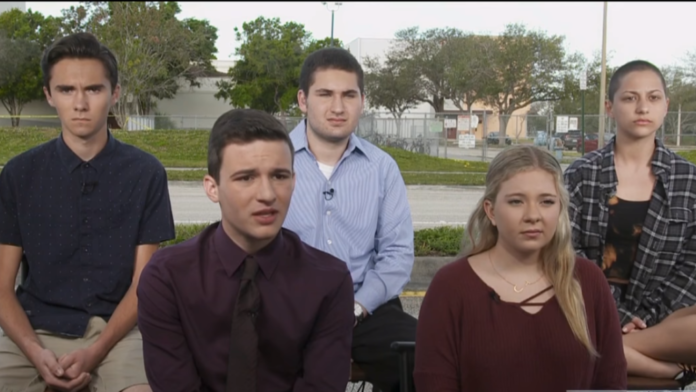 Over the weekend, several news networks spoke with survivors of the horrific mass shooting in Parkland, Florida, on Valentine’s Day. Meet the Press even did a special segment in which host Chuck Todd interviewed five brave young students.

But because these remarkable young people are putting gun control front and center on the national agenda, some of the people who rely on Fox News as their only source of information got upset and decided to take their anger out via social media on students who want to be safe when they go to school.

That one tweet opened a floodgate of hatred directed at Parkland survivors:

i wonder how much this kids being paid……

Students bully other students sometimes to the point of a person taking their own life. Students are not old enough or mature enough to ‘demand’ anything. Adults must handle this.

Kids using the MSM to try to demolish the 2A and have a police state like communist governments no that’ll never happen.

Yes, because they are just so knowledgable about life, guns, mental health and how government works. Screaming does nothing. They’ll learn that in a few years.

Change must start within them. Unless they change within nothing will be accomplished. It wasn’t the gun but one of them!

Liberals use kids for their dirty political games.

These kids have no idea what they’re talking about. Gun laws only restrict law-abiding citizens. If you want the kids to be safe you need to arm the teachers. Banning guns is what the bad guys want. Stop making it easy for them to shoot up people by having gun free zones. #stupid