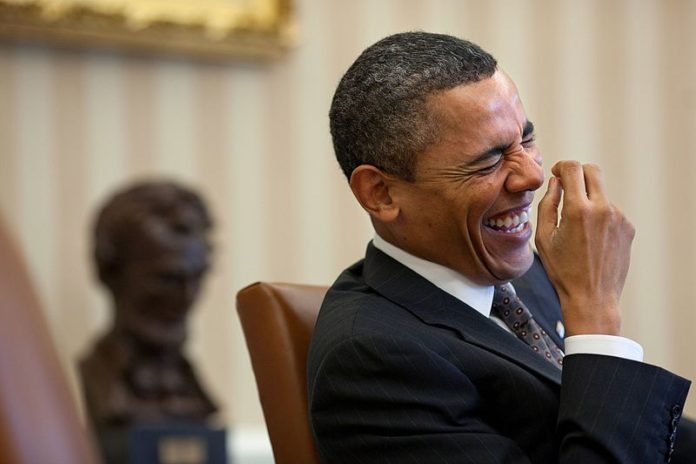 Trump supporters cried a river of conservative tears because Fox News aired a rally headlined by former President Barack Obama in Indiana instead of President Donald Trump’s rally in Georgia.

No one can really blame Fox News for airing the Obama rally on Sunday. After all, Obama is a major ratings draw while Trump’s shtick is the same at every rally, and he’s going to be delivering the same hate and fear at every rally until Election Day. While Trump’s hardcore cult members have no problem with that, a lot more people want to hear something different. And it doesn’t hurt that Obama is far more popular than Trump.

But Trump supporters took to Twitter to whine about Fox News airing Obama’s rally instead of Trump’s.

sadly, I had to turn off the 44th PRES. as I’ve always done, but this time it was on FOX daytime=why is FOX cutting off POTUS at rallies & showing all of DEMS rally=hedging bets re DEMS rather than GOP???=FOX LISTENERS WANT TO HEAR POTUS SPEAK, not the former 44th

If I wanted to watch Obama I would be watching CNN, wth @foxnews

I understand Fox trying to be fair covering his rallies…but they have to be losing viewers. I won’t watch another second of our ex-blowhard in chief.

We had to put up with 8 long years with that narcissistic son of a bitch… he needs to be indicted for treason and sent to Gitmo….. better yet , hung in the gallows!!!!!! With Hillary!!

Slow news day Fox? Why are you covering this? Cover candidates and issues that matter.

Sorry FOX, I know you are showing both sides

and this is great…

But I had 8 years of this guy,

If I never saw him again it would be to soon.

Why do you show this on your station and not show the #TrumpRally ? We do not care at all about Obama. Thank goodness for @OANN .

Why are you broadcasting this on your channel? We had to get lectured by him for 8 loooooooong years. He is not the president any longer. Retire with dignity and help Chicago.

Fox News is going to ruin my Sunday I stopped watching football now I have to flip the channels because I don’t want to see Obama‘s face . Sad Sunday!

Why is this on fox?…put our president on!

These are the same people who think liberals are snowflakes.