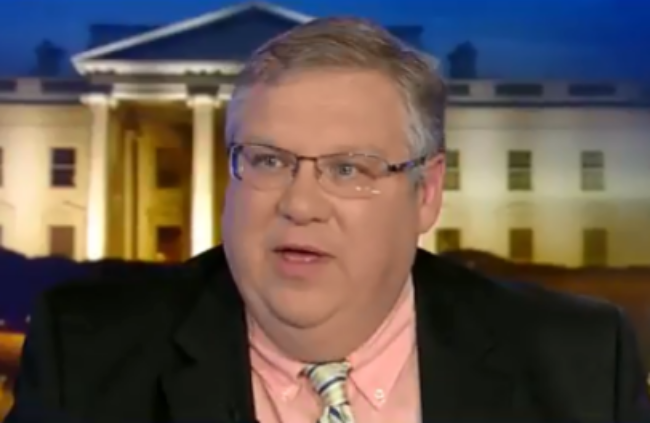 A Fox News voter fraud “expert” had a really bad day in court this week after he falsely accused many legal voters of illegally voting in Virginia.

One report targeting Virginia was titled “Alien Invasion in Virginia” and accused 1,046 people of being illegal voters.

Adams frequently appeared on Fox News to promote the bogus report, even convincing Fox & Friends host Brian Kilmeade to happily go along and scare Americans into believing mass voter fraud exists in this country even though it doesn’t.

“Let’s start with, first, 1,046,” Kilmeade began just weeks before the 2016 Election. “That’s how many illegal aliens were found on voter rolls in the crucial battleground state of Virginia. It’s a felony for illegals to vote in that state. However, people are not required to prove their citizenship when they register. Doesn’t sound like a problem, does it?”

President Donald Trump would lose Virginia, but he would go on to cry voter fraud as the reason why he lost the popular vote.

The problem is that Trump not only lied about voter fraud, so did Adams. Several Virginia voters did not like being accused of being illegal voters, so they filed a lawsuit against him.

“Labeling the individuals named in the reports as non-citizens — and therefore, felons — with reckless disregard for the truth of those accusations acts to intimidate and threaten those individuals and to deter them from voting or registering to vote,” the lawsuit said.

And Adams lost big. In fact, his loss is so humiliating that “as part of the settlement reached this week, Adams will offer a written apology” and will “add a statement to the front [of the reports] acknowledging that they falsely accused people of being noncitizens.”

This should be the nail in the coffin of conservative claims about imaginary voter fraud. Multiple studies show that voter fraud is very rare in our country. The only reason why Republicans are pretending it’s such a big deal is because they want an excuse to pass voter suppression laws so that they can steal elections and remain in power. That’s the true fraud in our nation.