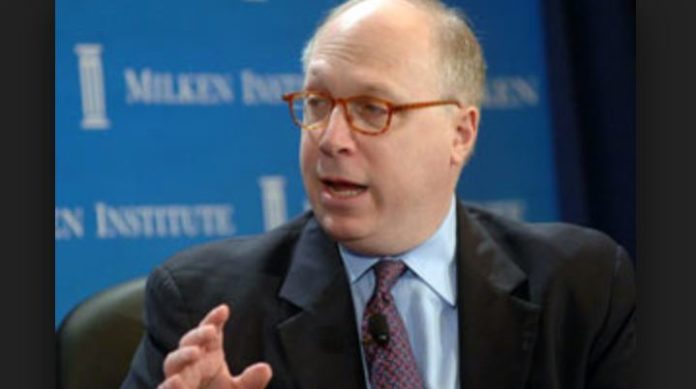 President Donald Trump’s government shutdown is taking such a toll on him and the Republican Party among voters that even Fox News is now calling for him to end it without wall funding.

When Trump delivered an Oval Office address in a desperate effort to rally Americans to his cause, he repeatedly lied to the public about his wall and the reasons why it should be built.

It turns out that Americans didn’t believe Trump’s lies and actually believed the Democratic response to his address more.

A recent Quinnipiac poll shows that Americans blame Trump for the government shutdown and strongly oppose his wall.

And that poll is so damning that Fox News pundit Doug Shoen is warning Trump to end the shutdown now before he and the party face consequences in 2020, when the next presidential election occurs and when Republicans risk losing the Senate and the White House.

“This is further supported by polls released over the past nine days from the Washington Post/ABC, CNN, CBS/YouGov, Reuters/Ipsos, and Politico/Morning Consult that all show Americans are blaming President Trump for the shutdown,” Shoen wrote.

Shoen goes on to back up the polling by pointing out that Trump’s approval rating has been dropping since November.

“The president’s approval ratings have been on a steady decline since November, according to the RealClear Politics average of polls,” he wrote. “With most Americans blaming him for the continued government shutdown, the president’s power to negotiate grows weaker every day.”

Indeed, Democrats know they are winning the fight, especially since Trump’s televised public declaration of ownership of the shutdown has now been seen by millions of Americans on a loop since he said it.

“It is obvious now that President Trump’s action to shut down part of the government to receive funding for his border wall has backfired,” the Fox News pundit continued. “For the sake of his presidency and the country, it is time to reopen the government. Others within Republican circles and the White House are coming around to the idea that it is time to restore government funding without money for the wall.”

Shoen concluded by observing that Trump’s support will dwindle every day he keeps the government shut down, a shutdown that Fox News is partly responsible for pushing Trump into, over a petty wall that no one wants because the swing voters are abandoning him.

For President Trump to have any chance at winning again in 2020, he will need to end the shutdown immediately and take whatever money the Democrats are now willing to provide. By doing this, he can say that the shutdown has been a victory because border security has gotten more funding than it previously had.

However, it should be pointed out that Trump can’t claim any victory at all because Democrats were always willing to increase border security funding and they have already agreed to do so as part of the many offers Trump has rejected. Trump does not get to all of a sudden spin his surrender into a win just because he finally agreed to what Democrats were offering in the first place. That’s not how this works.

Trump is the biggest loser no matter what he does, and he only has himself to blame for it.