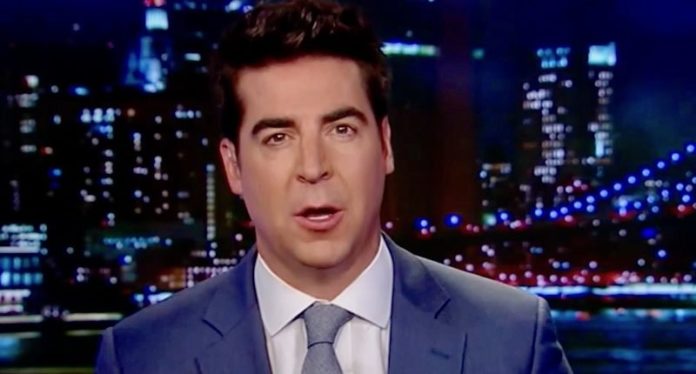 Now that the Mueller report is completed and in the hands of Attorney General William Barr, the White House cheerleaders at Fox News are desperately trying to spin the entire Mueller investigation as a waste of time and even claiming that there needs to be a special counsel investigation into former President Barack Obama.

On his show Saturday evening, Fox host Jesse Watters acted like he had seen the report (he hasn’t), declaring:

“I feel like this delivers a knock-out blow to the press and Democrats who have been saying collusion collusion collusion the last two years. When you couple that with a hot economy and the decimation of the ISIS caliphate, this is a two-term presidency. So the Democrats will have to start working with this president and not working against him. But I’m pretty angry. The people that set this up, what’s going to happen to them? Are they going to be accountable or not?”

A two-term presidency? Apparently Watters has conveniently forgotten that there are still 17 separate investigations being conducted into President Donald Trump, his family, his business, and even his inaugural committee.

“Hillary paid for the dossier filled with Russian lies that gets laundered through the Justice Department and the FBI and through the State Department. They buy this warrant to spy unconstitutionally on several campaign officials, they throw spies to infiltrate the campaign. And then, at the end of the day, once he takes over and during the transition, everybody starts leaking and unmasking everybody.”

Poor Jesse. His fallback position is to blame others for the crimes of his orange savior.

As if that wasn’t bad enough, Watters also attempted to drag President Obama into his mix of speculation, lies, and conspiracy theories:

“There are a lot of potential felonies that happened and abuse of power from the Obama Administration. Are they going to get away with it? Because it looks like potentially they might.”

It’s tempting to think that the Trump apologists at Fox News are too clueless to even understand the nonsense they’re spewing. But they know exactly what they’re doing, and they look utterly ridiculous (not to mention desperate) in the process.