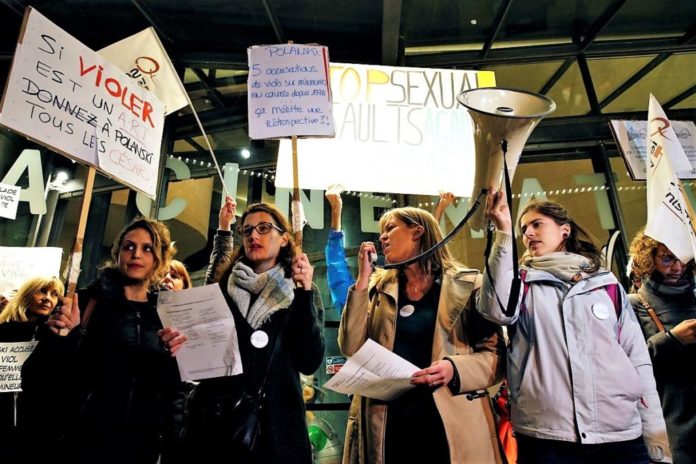 Reports of rampant sexual harassment and abuse by Hollywood mogul Harvey Weinstein sparked a torrential outpouring of stories of harassment, assault, and rape by women across the country.

Although the movement started years ago, last month the hashtag  #MeToo went viral as people shared their stories of sexual harassment and abuse. The hashtag served to provide solidarity and create a collective voice for a problem which is most often kept silent.

The allegations against Weinstein were not only made by American women. Three French actresses also alleged sexual wrongdoing by Weinstein. That sparked a similar avalanche in France.

French women are not using the #MeToo. Instead, they have a hashtag of their own –  #BalanceTonPorc has gone viral across France. The hashtag translated is “out your pig.”

In France, the focus is placed on the abusers, not the victims. Countless people across France have shared stories of abuse, outting their respective pigs.

French author Dominique Simonnet explained that in France, as in the United States, “Women are speaking out for the simple reason that other women are speaking out, and it allows a whole new field of free speech to open up that didn’t exist before.”

An editorial in Le Monde referred to the Weinstein “tsunami.” It said, “The testimony coming out is so detailed and so numerous that it points to a suffocating silence around harassment that is in complete contradiction with the legislation there to protect women.”

Laetitia Cesar-Franquet, a sociologist with the Regional Institute of Social Work, said, “France has had a culture of silence.” She went on to explain, “Everything is changing. The fact that women are daring to talk is one huge change. The second change is that now things are shifting on the ground. For example, company unions are putting in place programs to sensitize people to this. Men are starting to ask themselves, what defines harassment? They are putting themselves in the equation as well.”

In a display of the fire that has been lit amongst women in France, dozens of women stood outside a theater complex where Polish filmmaker Roman Polanski was being honored yelling “aggressor!”

Polanski fled the United States in the 1970s to avoid prosecution after he was accused of raping a child.

Clementine Pierlot, a 22-year-old who participated in the protest, said, “Now is just the worst time to honor him. Since Weinstein, we are not going to tolerate this violence anymore. Women now want these men to be accountable for their actions.”