The United States Blues
Home News Gavin Newsom makes a case to end executions that will turn some... 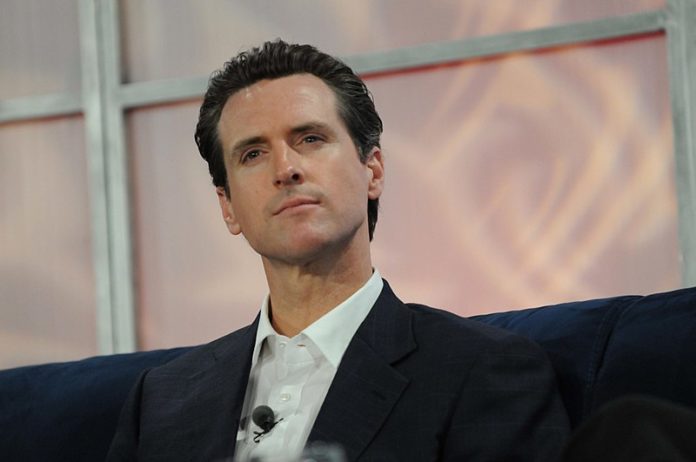 California Governor Gavin Newsom made a personal case against the death penalty on Friday in defense of his decision to halt executions in the state during an interview with “The View”.

Newsom made the decision earlier this week, denouncing the death penalty as “a failure” because it’s a discriminatory practice that is disproportionately used on people of color and the mentally disabled, not to mention the fact that many innocent people could be executed by mistake.

“Our death penalty system has been — by any measure — a failure,” Newsom said. “It has discriminated against defendants who are mentally ill, black and brown, or can’t afford expensive legal representation. It has provided no public safety benefit or value as a deterrent. It has wasted billions of taxpayer dollars. I do not believe that a civilized society can claim to be a leader in the world as long as its government continues to sanction the premeditated and discriminatory execution of its people. In short, the death penalty is inconsistent with our bedrock values and strikes at the very heart of what it means to be a Californian.”

President Donald Trump used the decision as an opportunity to lash out at Newsom and the state of California.

Defying voters, the Governor of California will halt all death penalty executions of 737 stone cold killers. Friends and families of the always forgotten VICTIMS are not thrilled, and neither am I!

On Friday, Newsom appeared on “The View” to further explain his decision, even going so far as to point out the moral failure of the death penalty.

“We have more people on death row than any state in the nation,” he began. “We have more than anyone else in the Western hemisphere.”

Indeed, death row inmates in the state now stands at 737, a number that Newsom put in perspective if he hadn’t halted executions.

“I would be asked to sign off on one death every single day for two plus years,” he said. “One a week for fourteen years knowing that at least 4% of those, 30 plus people, were innocent.”

He then pointed out a recent case of a death row inmate being proved innocent, which means an innocent man would be dead now if California governors had not been suspending the death penalty since 2006, the last time a death row inmate was executed in the state.

“We had a person who spent 26 years on death row that was just exonerated last year,” Newsom concluded. “I can’t in good conscience do that.”

California Gov. @GavinNewsom on his decision to halt death penalties in his state: “I would be asked to sign off on one death every single day for two plus years … knowing that at least 4% of those, 30 plus people, were innocent … I can’t in good conscience do that.” pic.twitter.com/MFVVVXnevM

The California Governor also recalled hearing from victim’s families, some of whom wanted no part of the “continued violence” that execution would ensure. He also heard from people who said the complete opposite. In the end, Newsom decided that his job was to represent everyone, not just one family.

It sounds like Newsom thoroughly thought out his decision before making it and made the right one based on morality, justice, and civil rights.