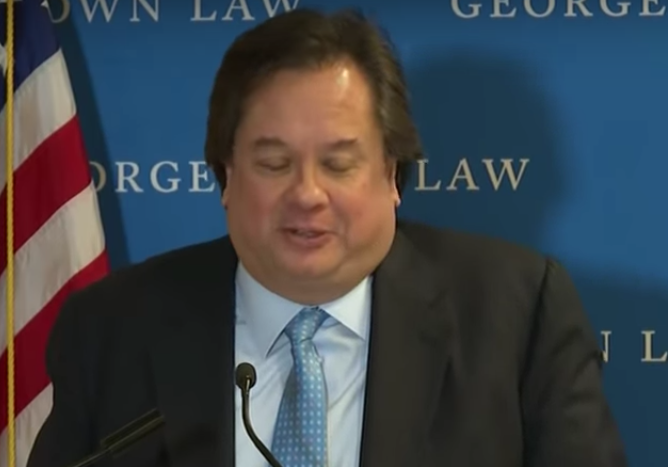 Kellyanne Conway’s husband George Conway put a conservative Christian supporter of President Donald Trump in her place on Saturday for claiming that Trump is being protected by God and angels so he can serve in office for eight years.

Evangelical Christians overwhelmingly support Trump and are actually so delusional that they believe he was sent by God to be president. But one woman known as @Mariamedia7777 on Twitter went full rubber room by claiming that God is not only protecting Trump, but that the “courts of heaven” have “ordained” him to serve for two terms, concluding that Democrats “are finished!”

“Donald Trump is heavily guarded by the host of angels ,he is protected by God & when you KNOW the SPIRITUAL realm ,you KNOW NOTHING can stop what God HIMSELF has ordained !! Trump WILL be in office for 8 years says the courts of heaven, so democrats you are FINISHED!!!!”

The post has since been removed after much mockery, including by Conway, who countered the woman with a simple quip that buried her ridiculous claims.

um, remind me who the patron saint of porn-star payoffs is again https://t.co/3Spbbxvgzn

In the process, Trump committed a campaign finance felony, and is now known as “Individual 1” in court filings.

Conway absolutely nailed this evangelical for being a hypocrite. Trump has cheated on his wives on multiple occasions and has bragged about groping women without their consent. He uses crude and racist language and bullies others, even people on his own team. He’s a con man and a liar. And no real Christian would ever support such a monster who puts children in cages.

And this woman must have felt ashamed by her post because she would have left it up otherwise.