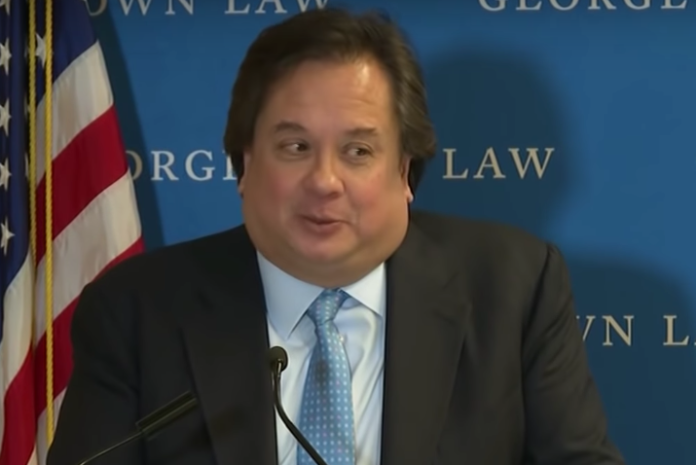 President Donald Trump threw a temper tantrum aimed at Fox News on Monday because the network’s own poll reveals he is being beaten badly by the top Democratic 2020 candidates. In response, Kellyanne Conway’s husband George Conway laughed at him and mocked him.

Despite a new Quinnipiac poll also showing the top six Democrats beating him, Trump fired his pollsters and is insisting that he leads in all 17 battleground states. Clearly, we should all start expecting Trump’s campaign to release fake poll numbers in the weeks ahead to make him and his fragile ego happy.

But a Fox News poll released on Monday confirms that Trump is getting his a** kicked by Democrats right now, with former Vice-President Joe Biden leading him by ten points, Senator Bernie Sanders (D-Vt.) leading him by nine, followed by Warren, Harris, and Buttigieg who also are ahead of him.

When Trump is even losing in a Fox News poll, one would think he would be taking the numbers seriously. Instead, he’s lashing out and calling Fox “fake news,” which is what he did on Twitter.

.@FoxNews Polls are always bad for me. They were against Crooked Hillary also. Something weird going on at Fox. Our polls show us leading in all 17 Swing States. For the record, I didn’t spend 30 hours with @abcnews, but rather a tiny fraction of that. More Fake News @BretBaier

Conway, who has frequently mocked Trump’s narcissism and thin skin, employed sarcasm to mock him again.

Conway then pointed out that all Trump is doing is bringing these polls to the attention of the American people. Had he not whined, the polls likely would have been but a blip on the news cycle. Now everyone knows he’s a loser.

It’s amazing how this stable genius, this master of modern media, has managed to get all the poll numbers that have him seriously down—Quinnipiac, Fox, his campaign internals—dozens of times more attention than they otherwise would have received. https://t.co/IgRMsMniGl

As usual, Trump should have kept his mouth shut, but he is incapable of letting anything go. All the polls so far show Trump is losing to the Democratic candidates, but he wants everyone to believe that his new secret internal polls show him winning in EVERY single state. If these polls are ever released, you can be sure that Trump ordered them rigged in his favor because he’ll fire pollsters for telling him the truth he doesn’t want to hear.