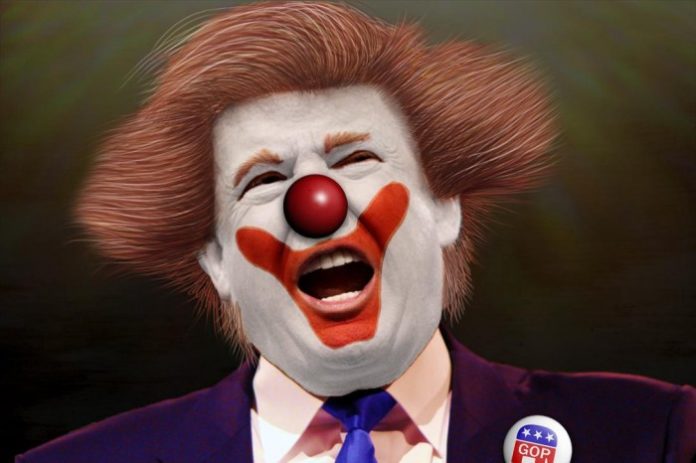 Conway has been a constant thorn in Trump’s side, especially over the last month as he questioned Trump’s mental health by listing psychiatric disorders on Twitter, slammed Trump’s cruelty towards asylum seekers, and most recently blasted the White House for having disturbingly low standards of presidential conduct.

The epic takedowns eventually drew a nasty response from Trump, who had not lashed out at Conway’s criticism up to now.

On Monday, Conway took aim at Trump again, this time upon learning that Ukraine is close to having a comedian as their president.

According to the BBC:

With half the ballots counted, Volodymyr Zelenskiy – who plays the president on TV – got about 30%, with current leader Petro Poroshenko on 16%.

Zelenskiy is aiming to turn his satirical TV show Servant of the People – in which he portrays an ordinary citizen who becomes president after fighting corruption – into reality.

He has torn up the rulebook for election campaigning, staging no rallies and giving few interviews. He appears to have no strong political views apart from a wish to be new and different.

His extensive use of social media appealed to younger voters.

Think of it this way: It’s like if the United States elected Stephen Colbert or Jon Stewart to be president.

An actual comedian who plays an accidental president on television is seriously close to winning the actual presidency in Ukraine.

But Conway thinks it’s no big deal because Trump is the top clown:

So even if Ukraine elects a comedian, the United States will still have the biggest joke of a president in the world. That’s how truly sad America is right now.