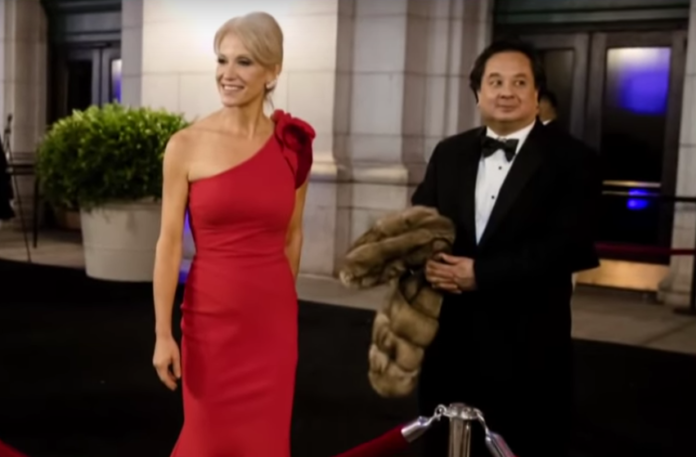 Earlier in the day, Trump spent his morning attacking the 14th Amendment and claiming that he can overturn it with an executive order.

Trump also tried to claim that undocumented immigrants are not subject to the jurisdiction of the United States.

On Wednesday evening, Trump repeated his claim to a crowd of rabid supporters at his rally.

At the rally in Florida, the president referred to the citizenship clause in the Constitution as a “crazy policy,” telling a rapt crowd that “illegal immigrants are not subject to the jurisdiction of the United States.”

This caught the attention of George Conway, who had already smacked down Trump’s delusion that he can simply overturn the 14th Amendment unilaterally.

Only this time, instead of blasting Trump via a Washington Post op-ed, he schooled him on Twitter.

To say that “illegal immigrants are not subject to the jurisdiction of the United States” is just drivel. Were that true, then the government wouldn’t be able to arrest them. Surely that’s not the President’s position. Clearly he has no comprehension of the words he’s using. https://t.co/LYlutDG73M

One has to wonder how Trump reacts when he reads George Conway’s criticism. Surely, Kellyanne Conway has been the recipient of many meltdowns because her husband has repeatedly burned her boss for being a complete moron who has no clue how government works.

But at least we all know who the sane Conway is.