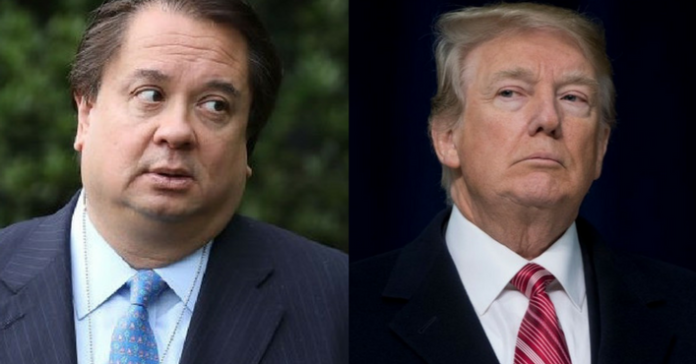 President Donald Trump made himself a seriously easy target for Kellyanne Conway’s husband George Conway to mercilessly mock and humiliate on Friday when he made ridiculously stupid remarks about the Moon.

As you may recall, Trump himself declared that he would approve a budget for NASA to return to the Moon before it goes to Mars. At the time, which was only a couple months ago, Trump bragged about it as if going to the Moon and Mars is his idea.

But he not only completely reversed himself on Friday by complaining about NASA talking about going back to the Moon, he thinks the Moon is a part of Mars.

For all of the money we are spending, NASA should NOT be talking about going to the Moon – We did that 50 years ago. They should be focused on the much bigger things we are doing, including Mars (of which the Moon is a part), Defense and Science!

And not long after he said it, George Conway was there to mock him.

I’m thinking maybe you shouldn’t be in charge of the Space Force. https://t.co/mVSXVnt0ts

If I had confidence after a thorough investigation of the facts that the President clearly does not believe that the Moon is a part of Mars, I would so state. Based on the facts, however, I am unable to reach that judgment. https://t.co/mVSXVnt0ts

That’s just next level trolling right there. And Conway was not finished as he proceeded to retweet other Twitter users who also mocked Trump, including the news service of the North Korean government.

US makes sad attempt to interfere with DPRK Moon sovereignty. DPRK made arrangements with Mars long ago. pic.twitter.com/OEMuL4PHIb

HANNITY: Tonight on Hannity, The Moon is 100% part of Mars. With me to discuss, astronomers Seb Gorka, Lindsey Graham, and Kid Rock. We will debunk those liberal “Earthers” and their fake science.

fly me to the moon 🎶
which i’ve just learned is part of mars 🎶 https://t.co/Kw8LM9PMVi

Frankly I need to see the Moon’s birth certificate, because many people are saying it’s Mars.