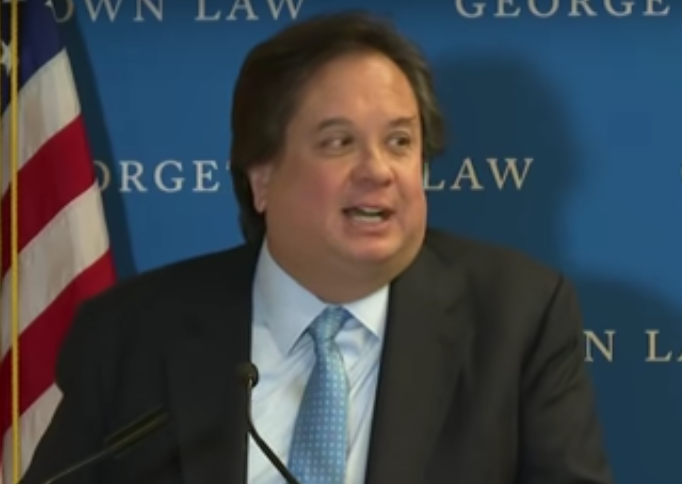 Dyslexia, a learning disability that particularly affects reading, is usually diagnosed when people are young, and catching it early helps those with dyslexia learn in school and continue learning for the rest of their lives. Most go on to lead productive lives and some become medical professionals like Dr. David Reiss.

Reiss responded to a Twitter post by conservative Philippe Reines, who lamented that Trump is “getting away with everything.”

He called for Congressional action in response, but his reply included typos that he didn’t catch but soon explained and apologized for because he is dyslexic. He then posited that Trump himself might be dyslexic.

I was lucky. For unclear reasons, my dyslexia arose in early middle age.

There’s solid evidence Trump is dyslexic. That is not at all disqualifying. If he had any ethics or decency, he’d own it and promote himself as a role model. Of course he won’t & he’s not.

Conway, who has spent considerable time trying to make the case that Trump is psychologically unfit for the office he holds, added his own thoughts to the conversation.

There’s an excellent discussion in @JustinFrankMD’s book on how an unaddressed learning disability such as dyslexia may have aggravated Trump’s antisocial behavior as a youth, and thus to his current mélange of conditions. https://t.co/edGKrUopHW

Conway then responded to Reines, who wondered if dyslexia would explain Trump’s inability to process information, which often results in advisers and officials using pictures to explain things to him. Furthermore, Trump’s constant lying over the years has damaged his brain.

It’s possible he never learned how to do that, or that his ability to do that has declined.

Another point that MH professionals make is that pathological lying (part and parcel of Trump’s sociopathy here) causes reasoning and information-processing capacity to atrophy.

Conway concluded that Trump has gotten away with lying for so long that he can make anything up so that he doesn’t have to learn anything.

Put simply and crudely, if you can always just make shit up, then why do you need to learn anything and think about it?

Which dovetails with his impulsivity and inability and unwillingness to engage in planning—another characteristic of sociopaths.

Unfortunately, not learning anything puts our nation in peril because a president must read large volumes of information, such as casualty assessments that would inform him or her about whether or not to order an airstrike against another nation such as Iran. Trump recently ordered such a strike against Iran before canceling at the last minute. He claimed that he canceled because he had just been told about how many Iranians would be killed in the strike by his generals. But it sounds more likely that Trump simply did not bother to read the casualty assessment that the Pentagon and intelligence community had provided to him, as national security expert Sam Vinograd explained after the incident.

.@POTUS throwing his own IC and military under the bus is nothing new, but it is galling.
The IC and military painstakingly prepare CONOPs and assessments of casualties.
Plus it’s also been open source info that Iran has the capability to kill Americans in response. https://t.co/u8vFFOcNZw

People with learning disabilities are not stupid, but someone who chooses to tell lies instead of addressing their disability and then puts the world at risk, as a result, is painfully stupid and should not be in charge of anything, much less the military.