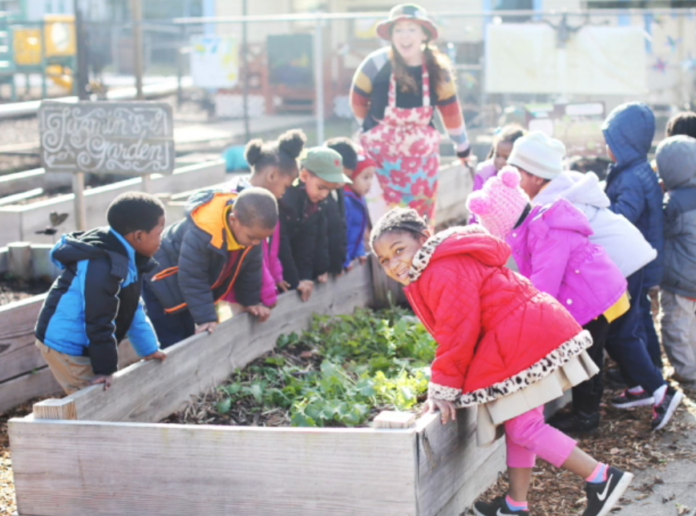 Organic fruits and vegetables are hard to find for a decent price these days, but a preschool in Clayton County Georgia grows and sells it cheaply all while teaching kids about farming and nutrition. That is, until the city government ruthlessly shut them down.

Little Ones preschool found a way to augment the education they provide to their young pupils by developing an outdoor activity that serves as a teaching tool and a way to take a break from indoor classroom learning.

“It was a place for children who were having hard days,” Little Ones Executive Director Wande Okunoren-Meadows told MNN. “I know I go stir crazy if I’m sitting indoors for a long period of time. ‘You’re having a hard time inside? Let’s go outside, play in the dirt and find some worms.'”

They started a farm, which grows fruits and vegetables such as apples, carrots, tomatoes and cucumbers, which they sell at a little produce stand to the community. Because many people in the community can’t afford the produce sold in stores, they buy from the preschool, which offers the food at low cost, so low that no profit is made.

“What’s available is crap,” Okunoren-Meadows says of the produce sold in stores. “It’s lots of tomatoes that look like they’re on steroids. The cucumbers are humongous. When a child is looking at one of our carrots, they say, ‘It’s so tiny, what’s wrong with it?'”

“We have to tell them that what they’re seeing in the store isn’t normal,” she continued. “There’s the whole education piece and teaching them to be environmentally aware. There’s learning patience and being appreciative. It touches on so many things. It’s about getting healthy food into the community, but so much more.”

Not only do the kids learn about farming and growing food, they learn about commerce and community service.

Apparently, however, the city government of Forest Park doesn’t care about any of that, because city manager Angela Redding shut down the produce stand arguing that the preschool needs a permit, which would cost money the school does not have, especially since the stand doesn’t make a profit.

“Anywhere you live, you’ve got to have rules and regulations,” Forest Park City Manager Angela Redding heartlessly said. “Otherwise, you would just have whatever.”

Needless to say, it’s a pretty sh*tty way to treat kids who are actually learning and doing good things for their community.

“It’s like shutting down a kid’s lemonade stand,” Okunoren-Meadows says. “Nobody does this. It just shouldn’t happen. According to the United Way, Clayton County has the lowest child well-being index out of all the metro Atlanta counties. So if we’re trying to move the needle and figure out ways to improve well-being, I’m not saying the farm stand is the only way to do it, but Little Ones is trying to be part of the solution.”

Indeed, and Forest City should leave the preschool alone to do what it is doing. These kids are loving the program and the community is directly benefiting. Redding is out of line and whatever rule she is citing should be changed immediately.