The United States Blues
Home Politics Congress Georgia GOP Senator: The U.S. can no longer afford to pay for... 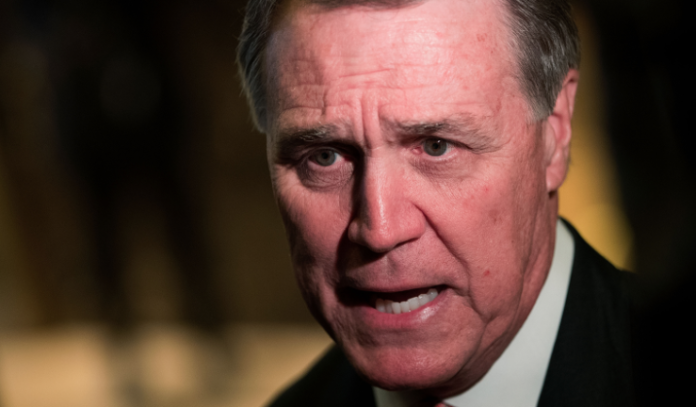 Back in March, Perdue said during an appearance on C-SPAN that he advocated drastically slashing programs that help millions of Americans put food on the table and support their families:

“You had the sweeping programs from the ’60s, the Great Society, the New Deal, things from back in the 20th century have now come home to roost. And we cannot afford the commitments that we’ve been making.”

Then in June, reiterated his attack on social programs, even going so far as to incorrectly claim that they don’t benefit anyone:

“And the irony is that these big sweeping federal programs have all failed the very people the Democrats claim to champion, the working poor and the working men and women of America.”

According to research from the Center on Budget and Policy Priorities, Social Security and other anti-poverty programs “lift more Americans above the poverty line than any other program.” Social Security itself helps keep 15 million senior citizens and 1 million children from being destitute.

ShareBlue Media reports that anti-poverty programs directly benefits millions in the Georgia, the state Perdue is supposed to represent:

As the AARP points out, the idea that Social Security is going bankrupt is a myth. And the overwhelming majority of Americans, including Republicans, not only reject the idea of cutting Social Security benefits — they also favor increasing them.

Perdue slams programs like Social Security — yet in his home state of Georgia, more than 1.8 million residents rely on the very benefits Perdue is threatening.

While Perdue is trying to suggest that he’s a deficit hawk who’s interested in balancing the budget, his voting record proves otherwise. He enthusiastically supported the 2017 Republican tax scam bill which benefited the richest Americans and giant corporations but raised taxes on millions of working people. The tax cut has already added over $2 trillion to the federal deficit and could well wind up dragging the U.S. economy into a recession.

David Perdue is up for reelection in 2020. The people of Georgia would do well to vote him out of office before he finds other ways to rip them off.