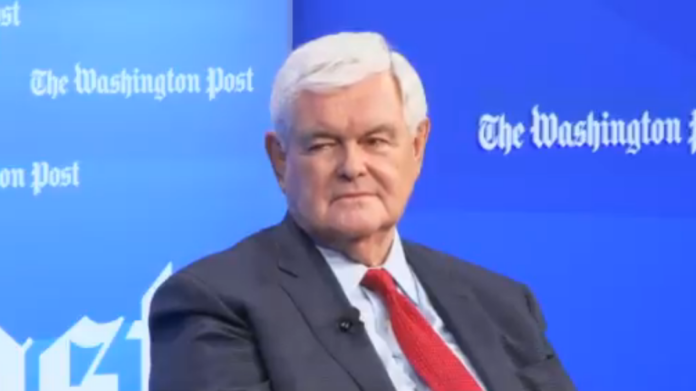 According to former GOP Speaker of the House Newt Gingrich, the real reason Brett Kavanaugh was nominated by President Donald Trump to serve on the Supreme Court has nothing to do with his qualifications and everything to do with his willingness to protect the president from legal jeopardy.

During an interview with Karen Tumulty of the Washington Post on Thursday, Gingrich was asked what might happen if Democrats retake control of the House and subpoena Trump’s tax returns. Gingrich responded:

“This is a billionaire who has fought lawsuits his entire career and he’s never noticed them. He doesn’t care. That’s why he has lawyers. So they can come at him from 100 levels ― he’ll just hire 100 lawyers. I don’t think he has any fear of the Democrats.”

Gingrich then added that if Democrats do indeed try to get Trump’s taxes, they would then “be trapped into appealing to the Supreme Court, and we’ll see if the Kavanaugh fight was worth it.”

If Dems take control of the House and subpoena Trump’s tax returns, Gingrich told @ktumulty that the legal fight would go to the Supreme Court “AND WE WILL SEE WHETHER OR NOT THE KAVANAUGH FIGHT WAS WORTH IT.” Audible gasps in audience as he spoke: https://t.co/LkE6CbkUA1

Gingrich also told Tumulty that he fully expects Democrats to retake the House and that Rep. Nancy Pelosi (D-CA) will be the new speaker:

“I would say, first of all, Nancy Pelosi is a very smart, very tough person who has earned her position by just brute hard work, by applying her intelligence and by applying a network that has sustained her for a long time. Anybody who thinks they’re going to outmaneuver her is up against somebody who has spent literally her lifetime… she’s been in this business forever.”

But the remarks Gingrich made regarding Kavanaugh and Trump drew the biggest response from social media:

That is what the Kavanaugh vote was all about. Trump knows he’s going to lose the house and he needed his “boy” in the Trump Supreme Court.

Aaaand people wondered why Trump and the Republicans stuck with Kavanaugh when there were more qualified conservative judges without skeletons in their closets.

Gingrich just said out loud what everyone knew all along. Kavanaugh wasn’t on the original list to choose from . Kennedy was asked to retired, he asked for Kavanaugh. Kavanaugh was going to work for Trump on SCOTUS. Fait accompli.

There is, however, one thing not even Brett Kavanaugh can protect Donald Trump from, and it’s what Trump fears most: Impeachment. Keep that in mind when you vote.