The United States Blues
Home Elections Goat mayor’s first order of business after swearing-in was to crap on... 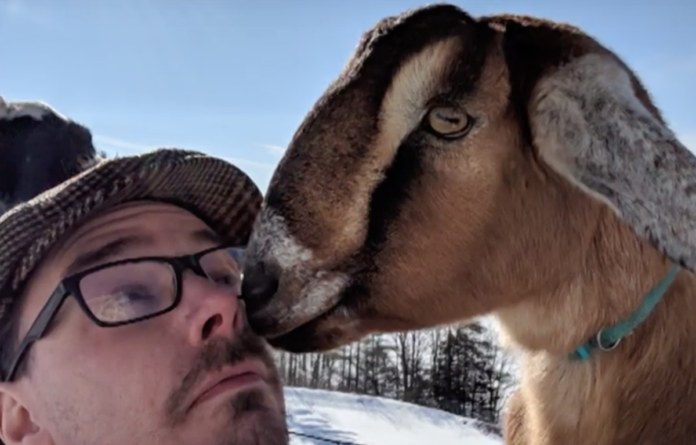 The new honorary mayor of Fair Haven, Vermont was sworn in on Tuesday. Her first official duty in office after a “special pet election” was to immediately defecate, leaving a mess for Police Chief Bill Humphries to clean up.

“Note the crap. It’s just like any other meeting.”

But this was no ordinary mayor: Lincoln is a 3-year-old female Nubian goat who wore a sash that read, “Mayor” at the swearing-in on Tuesday, March 12, shortly before 7 p.m. She left her mark on the way out after Town Clerk Suzanne Dechame devised a way for the goat to sign the official oath of office at the Fair Haven town office.

Lincoln the Goat was officially sworn in a mayor of Fair Haven, Vermont, on Tuesday night, March 12, 2019. But there was a little crap that went down. https://t.co/N0TIgDUFKX

The goat belongs to Sally and Chris Stanton, whose grandson, Sullivan Clark, nominated Lincoln during a fundraiser for the town playground. The couple had some difficulty getting the goat to leave her field and into a cage to be transported by pick-up truck to the ceremony.

The Burlington Free Press noted that Lincoln “called out to her constituents” as the truck made its way to the town offices, with news crew following close behind.

Lincoln won election with 13 votes. The election was a civics lesson for the kids in the town of 2,500, who got to vote at the polls. Now it’s a civics spectacle for the world, as the story is receiving international attention.

The honorary mayor of Fair Haven will have a one-year term of office. Then, according to Stanton, who is a local teacher, they plan to hold another election.

See more about Lincoln below:

The idea of electing a goat as mayor is surprisingly not a new one. In the town of Lajitas, Texas, there is a dynasty of elected mayoral goats, some of whom enjoy drinking beer. Mayor Clay Henry IV is the fourth elected goat.

According to Roadside America: