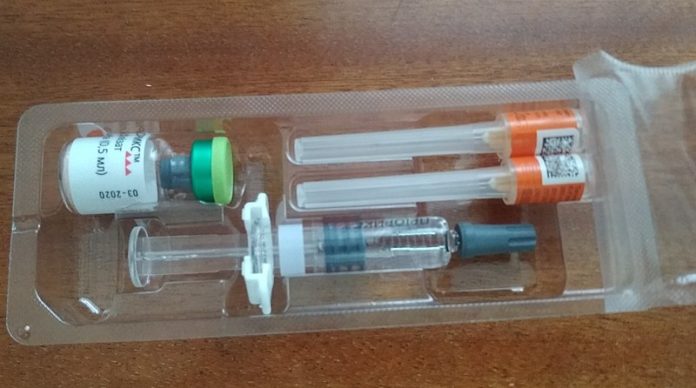 Anti-vaxxers will no longer be able to fundraise through GoFundMe after the company barred anti-vaccination campaigns on the website for violating the terms of service and for threatening the public health with lies and misinformation.

GoFundMe’s terms of service state that “products that make health claims that have not been approved or verified by the applicable local or national regulatory body.”

Therefore, since anti-vaxxers falsely claim that the MMR vaccine causes autism, a GoFundMe spokesman confirmed that they are removing fundraising campaigns from the website.

“Campaigns raising money to promote misinformation about vaccines violate GoFundMe’s terms of service and will be removed from the platform,” spokesman Bobby Whithorne told The Daily Beast. “We are conducting a thorough review and will remove any campaigns currently on the platform.”

The move comes just a week after tech giants began cracking down on anti-vaxxer propaganda in response to a letter from the American Medical Association warning companies such as Google and Facebook that antivaxxer messaging on these platforms is contributing to a breakdown of the public health that has seen measles epidemics on the rise.

“At a time when vaccine-preventable diseases, particularly measles, are reemerging in the United States and threatening communities and public health, physicians across the country are troubled by reports of anti-vaccine related messages and advertisements targeting parents searching for vaccine information on your platforms,” the letter said.

As physicians, we are concerned that the proliferation of this type of health-related misinformation will undermine sound science, further decrease vaccinations, and persuade people to make medical decisions that could spark the spread of easily preventable diseases.

With public health on the line and with social media serving as a leading source of information for the American people, we urge you to do your part to ensure that users have access to scientifically valid information on vaccinations, so they can make informed decisions about their families’ health. We also urge you to make public your plans to ensure that users have access to accurate, timely, scientifically sound information on vaccines.

Scientists and medical professionals are applauding GoFundMe for taking action, but Kent State professor of epidemiology Dr. Tara Smith warned that anti-vaxxers will find other ways to make money.

“I appreciate the initiative, but they fundraised before GoFundMe and I’m sure they will find other ways after their campaigns are removed,” she said. “I suspect they will just go back to sending mailers or back to newsletters online to solicit donations in other ways. There are a lot of true believers, and I know they’re willing to support that with their money. I just think of all the science that money could fund, and it makes me sad.”

Measles had been eradicated in the United States by the year 2000, but has made a swift and devastating comeback in communities across the country because anti-vaxxer parents refuse to vaccinate their children despite the fact that vaccines work and rarely result in dangerous side-effects. Unfortunately, the movement even has support from Republican lawmakers like Kentucky Governor Matt Bevin, who forced his kids to contract chickenpox rather than get them vaccinated against the virus.

At some point, the only way to really ensure the strength of herd immunity in the United States will be to pass a law making vaccinations mandatory. Sure, anti-vaxxer parents will whine, but it’s better than children dying from a disease that should have remained wiped out 20 years ago.