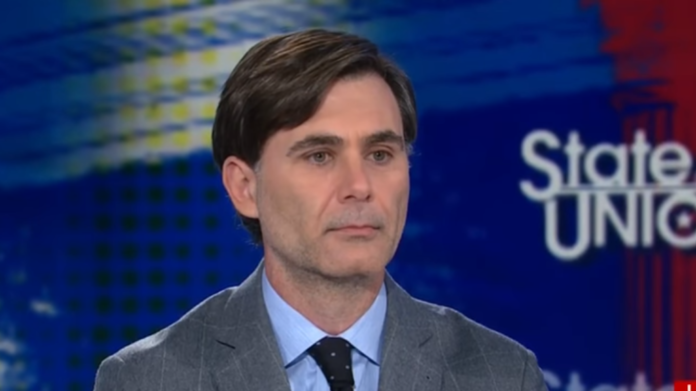 As the nation grapples with the latest school shooting and how we can avoid future events like the one this week in Parkland, Florida, the former Lt. Governor of South Carolina, Andre Bauer (R), who now works as a commentator for CNN, says he has the solution: We need to paddle students more often.

“We have a culture thing here that we’re not discussing. When I grew up it was Andy Griffith. You never had school shootings and we still had prayer in school and we drove to school with guns in the car.”

Yes, because back when there was prayer in schools and Andy Griffith was on television, there was no crime or murder in America, was there?

“Today, we are in a different time. The movie industry, the rap industry in general talks about these things that are common now and we have almost desensitized it. Now we have have to worry about kids eating Tide PODs. Instead of discipline — we go after parents who discipline their children. When I was in school, the principal had a paddle. It was called the Board of Education and he used it on all the students. We have changed the mindset today. It’s scary now that students would even contemplate this type of behavior.”

Translation: Violence must be fought with preemptory violence against children. If we beat our kids, they’ll learn that harming another person is wrong. Really?!

When fellow panelist Jennifer Granholm suggested it might be time to have restrictions on weapons such as the AR-15 used in Florida, Bauer tried to cloud the issue by responding:

“I think it sounds good. I think there is a bigger problem. If you look in Virginia, one of the biggest school shootings ever, it was done with a handgun, not an AR-15.”

The problem is guns, first and foremost. Too many guns in too many hands, and it’s far too easy to get whatever gun you want. Any sane, reasonable American knows that Second Amendment extremists like the NRA are wrong. We don’t need paddles in schools. Instead, we need common sense legislation and lawmakers with backbones.