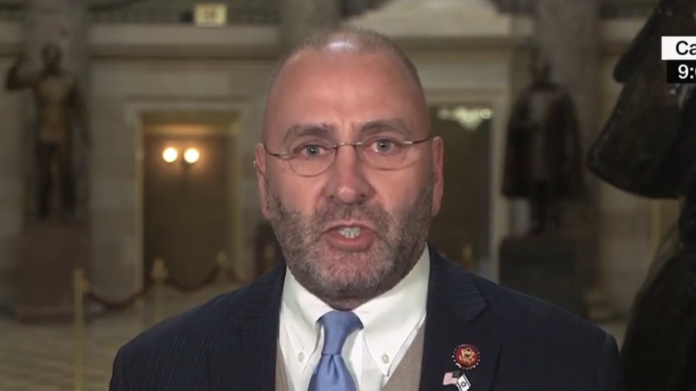 As the government shutdown continues for the 33rd day and numerous polls show that the public overwhelmingly blames President Donald Trump and the Republicans for the fact that nearly a million federal workers will miss their second paycheck this Friday, the question needs to be asked: Why didn’t the White House and GOP pass billions to fund the wall when they had control of Congress?

That was the topic Wednesday on CNN, and the person being questioned was Rep. Clay Higgins (R-LA), a vocal proponent of building a wall on the Southern border. During an interview, Higgins repeatedly said the situation on the border is a “crisis,” which is the very same language used by the president.

However, host Jim Sciutto countered Higgins with a salient fact: Illegal border crossings are down dramatically, so where’s the crisis and why did it suddenly become an emergency? Sciutto asked:

“Why didn’t the GOP Congress, when it controlled the Senate, the House, and the White House, why wasn’t it a crisis last year? Why wasn’t there an effort to shut down the government then?”

“Brother, that’s not a sincere question! That’s like me asking why didn’t, when President Obama was president and the Democrats controlled both houses, why didn’t they fix DACA? Why didn’t they handle Dreamers?”

Actually, DACA was fixed by President Obama. He did it with an executive order that Trump then rescinded in favor of no protections at all for Dreamers. Trump wanted the issue as a bargaining chip and decided to play with the lives young immigrants who were brought here by their families and are now contributing to society in numerous ways.

Here’s the thing Rep. Higgins and his fellow Republicans cannot seem to admit: They didn’t see the need to throw billions of dollars at a vanity project for a narcissistic president until he used the wall as the reason throw the country into total chaos. Now, however, they’re stuck between supporting Trump or looking like the suckers he’s turned them into with his childish demands.

And here’s another thing Congressman Higgins conveniently neglected to mention: Barack Obama never shut the federal government down so he could get his way on the issue of immigration, DACA, or dreamers.