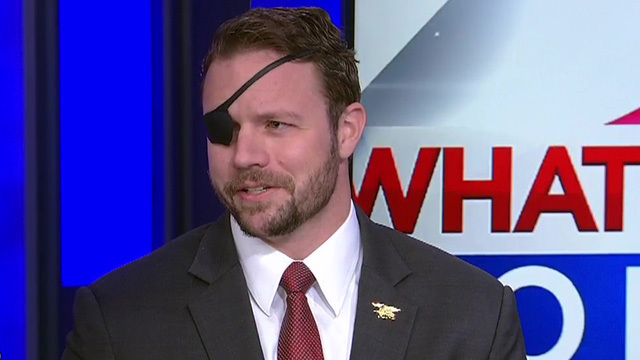 Freshman Congressman Dan Crenshaw (R-TX) walked into a social media buzzsaw when he condescendingly explained President Donald Trump’s border wall proposal to Juliette Kayyem, who just so happens to be the former assistant secretary at the Department of Homeland Security.

Shortly after news broke Thursday of a record confiscation of fentanyl at a border point of entry, Kayyem noted that the drugs had been hidden in a truck and were being smuggled, meaning a wall wouldn’t have done a bit of good:

Crenshaw couldn’t resist proving his own personal arrogance and ignorance:

I’m trying to give you the benefit of the doubt here since I know you from Harvard, but it’s difficult. Answer this question honestly please: why does a drug bust at a POE prove your case that fencing shouldn’t be used in between POE’s? You realize they are separate issues right?

And by the way, as I type this, I am in a vehicle with CBP at the border. Happy to put you on the phone with them so you can learn more about this and properly inform your students.

But Kayyem was equal to the task, firing back at Crenshaw:

Your first tweet is fair and I’ll get to it. Your 2nd is ad homenim and condescending and for someone who has tried to elevate the convo, you should read my bio before playing that game. I’ve dealt with that he man stuff a lot. I’m on vacation so standby. Congressman. https://t.co/7SPm0PLPTS

And she quickly got plenty of support from others on Twitter:

Dear @DanCrenshawTX: Here is the official press release from US Customs and Border Protection. You may want to read it. The fentanyl was seized at the Nogales legal checkpoint / port of entry following an alert by a CPB narcotics detection canine. https://t.co/80bLlwxX3Z https://t.co/wso6v3NWw7

Oh man, this will not end well for you. Condescending and mansplaining to @juliettekayyem? No sir. https://t.co/1YfW8bSnkY

Oh boy. Do you know who you’re speaking to?

Not sure the GOP will ever be able to close their gender gap. This is how the “good” ones behave.

Right?!?!? I mean, seriously. What the hell does @juliettekayyem know about any of…….

Keep in mind this is the same Dan Crenshaw who was upset when Pete Davidson of “Saturday Night Live” mocked his eye patch. Davidson later apologized and Crenshaw bragged that he tries “hard not to offend.” That comment was brought to his attention:

And this is the guy who lectured us about being civil