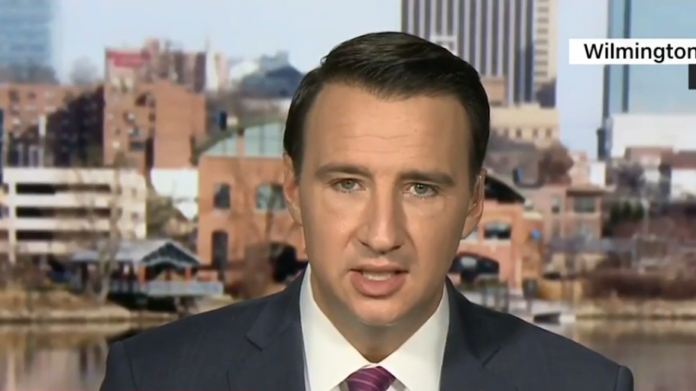 Wednesday afternoon, less than 24 hours after Republicans lost control of the House of Representatives to Democrats in the midterm election, President Donald Trump blamed GOP candidates who had distanced themselves from him for the loss of 27 seats in the House, commenting:

“The candidates that I supported achieved tremendous success.”

But Rep. Ryan Costello (R-PA), who is retiring from Congress, said the midterm sea change can be laid squarely at the feet of the president and the way he tried to frighten voters into casting their ballots for him.

Costello began his criticism of the president on Twitter Wednesday afternoon:

To deal w harassment & filth spewed at GOP MOC’s in tough seats every day for 2 yrs, bc of POTUS; to bite ur lip more times you’d care to; to disagree & separate from POTUS on principle & civility in ur campaign; to lose bc of POTUS & have him piss on u. Angers me to my core.

And then Thursday morning Costello appeared on CNN’s “New Day” to explain why he had sent such a fiery tweet, telling host Alisyn Camerota:

“I think that there is a quote that talks about what it takes to be a good leader and that a good leader shares credit when things go well and shoulders the blame when things don’t,” And the president has decided that he often takes credit for things that he didn’t do and blames others when he should be taking the blame.

“Those members lost because the president’s unfavorability in those districts was so sky high. It was impossible to differentiate yourself from him, so he’s just not correct with what he says.”

“I also think it is a little bit embarrassing to have a Republican president attack Republican members of Congress who really have been the offensive line for a lot of legislative successes. I’m a Republican, okay? I am mindful that many of the viewers this morning might be Democrats and voted for Democrats rather than Republicans. But as a Republican congressman who voted in favor and advanced an agenda which I think has largely been positive legislatively, to have the president say that about some of my colleagues is, I think, very disrespectful.”

As usual, when things go wrong, Donald Trump tries to blame others. He only wants to claim credit for other people’s hard work. Clearly, the man doesn’t have a shred of humility, decency, or honor.