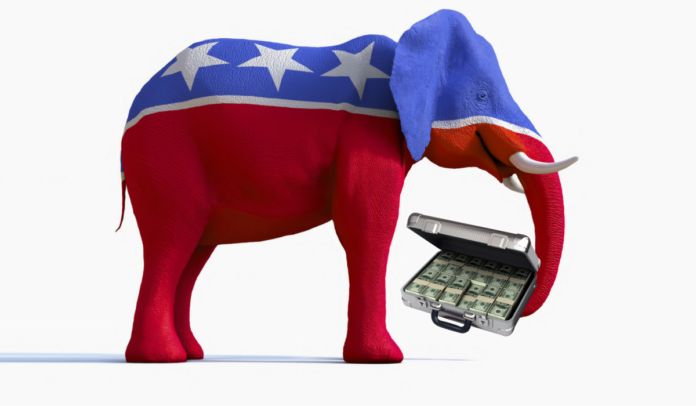 According to a report from The Hill, Republican Chris Collins (NY), who is currently under investigation by the House Ethics Committee over his financial holdings and dealings, stated that his special interest groups are calling in those favors for keeping him in office.

My donors are basically saying, ‘Get it done or don’t call me again.’

The aggressive push by lobbyists have come from all corners, but most profoundly from those at the top who already benefit the most. Under the current proposal the estate tax, which only affects those with $5.5 million or higher, would allow that number to rise more than twice its current value, eventually being phased out altogether.

Some additional measures being pushed in this bill include:

Perhaps, most appalling of all is the fact that Vice President Pence and his allies on the religious right have inserted language to remove the Johnson Amendment, which would allow churches (but NO other non-profits) to be able to endorse and politicize candidates issues while still keeping their non-profit status.

Every special interest is out in force. I’d say the more they come out, it’s an indication we’re doing a darn good job.

Unfortunately, as these special interest groups push their agendas and look out for what is best for their bottom line, what is being ignored is what’s in the best interest of the majority of America’s citizenry. The corporate oligarchs who have had a hand in writing legislation, paying for legislators, and pushing through an agenda that helps very few are very close to accomplishing their end goal.

Without drastic action and pushback from within the GOP, and there may very well be some resistance from within their party, the country may well watch as the levels of inequality soar to heights previously unknown since the Roaring 20’s.