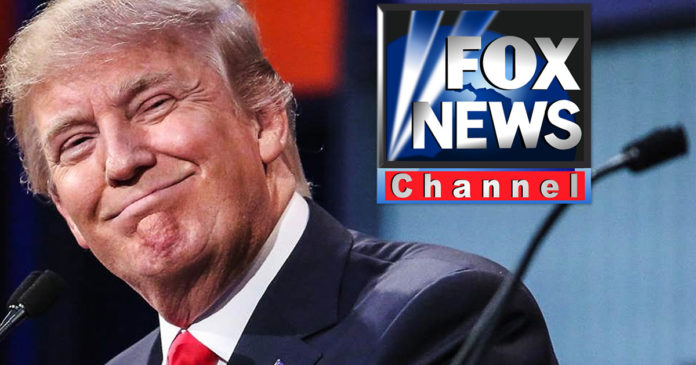 President Donald Trump’s scandalous relationship with Fox News goes much deeper and it much shadier than most people thought, and it has some Republicans sounding the alarm, including GOP lobbyists and political experts.

As we all know, Trump spends 60 percent of his days in the White House in “executive time,” during which he goes on vile Twitter rants and watches Fox News.

That’s a scandal itself since Americans don’t expect the president to be so lazy.

But it’s Trump’s relationship with Fox News that is even more disturbing because the conservative network has played the role of Trump’s propaganda machine ever since he took office and even gives him unvetted ideas and advice that he uses to make policy.

Let’s just repeat that in case it didn’t scare anyone. The elected president makes policy by seeking advice from a bunch of unelected propagandists who have some of the most extreme views on television.

The New Yorker’s Jane Mayer took a deep dive into this seedy arrangement Trump has with the network and discovered just how much Trump relies on it.

A Republican political expert who has a paid contract with Fox News told me that Hannity has essentially become a “West Wing adviser,” attributing this development, in part, to the “utter breakdown of any normal decision-making in the White House.” The expert added, “The place has gone off the rails. There is no ordinary policy-development system.” As a result, he said, Fox’s on-air personalities “are filling the vacuum.”

Indeed, chaos in the White House has been reported frequently over the last two years, and this revelation proves that Trump has no clue what he’s doing, which makes him susceptible to the opinions of Fox News talking heads, some of whom have gone on to be hired for government jobs such a former Fox executive Bill Shine and personalities such as Heather Nauert.

The network now serves as a propaganda machine, policymaker and audition place for White House jobs all in one.

Even a GOP lobbyist is concerned.

According to The New Yorker:

Charlie Black, a longtime Republican lobbyist in Washington, whose former firm, Black, Manafort & Stone, advised Trump in the eighties and nineties, told me, “Trump gets up and watches ‘Fox & Friends’ and thinks these are his friends. He thinks anything on Fox is friendly. But the problem is he gets unvetted ideas.” Trump has told confidants that he has ranked the loyalty of many reporters, on a scale of 1 to 10. Bret Baier, Fox News’ chief political anchor, is a 6; Hannity a solid 10. Steve Doocy, the co-host of “Fox & Friends,” is so adoring that Trump gives him a 12.

Fox News is even complicit in Trump’s campaign finance felonies and plot to cover-up his extramarital affairs because head honcho Rupert Murdoch killed the Stormy Daniels story in 2016. Hardly the kind of thing a legitimate news organization would do.

Clearly, anything Trump has done has Fox News’ fingerprints all over it. The network appears to be acting not only as propaganda machine, it’s basically running the country. It’s a scary reality that should outrage every American enough to demand immediate impeachment. America deserves a president who has their own ideas, not one that has to seek ideas from the likes of Sean Hannity and Lou Dobbs, especially over those offered by experts. This is not how the presidency is supposed to work.