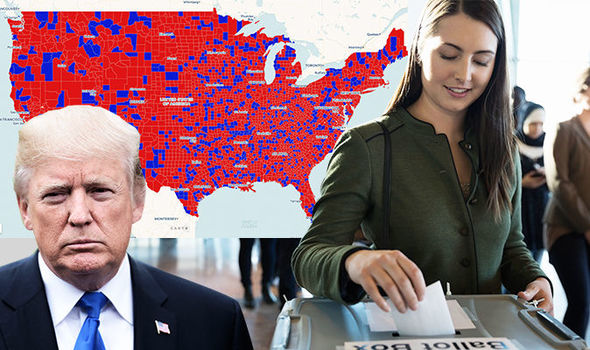 If perhaps you were wondering just how terrified the GOP is about what’s going to happen on Tuesday when the midterm election takes place, consider the call that’s gone out from Texas GOP campaign consultants Wright, Williams and Associates.

On their website, Wright, Williams says they need “poll watchers” and will gladly pay $150 for those who want to assure that polling places are secure and “we don’t let this election slip away.”:

“As a poll watcher you will be trained and equipped with the knowledge you need to work a poll location near you. In exchange for your time, you will be 1099 compensated with a payment for $150 for the day…Tuesday 7a-7p. Ideally you can work the entire day, but if you can work at least half of the day, that would work too.”

The online ad also states that poll watchers are needed for another reason that certainly sounds like it borders on voter intimidation:

“Election season is almost over, but we need a strong finish on Tuesday to ensure an honest and fair election occurs here in Texas! Up and down the ballot, Republican victories are at stake and we cannot let critical polls go ‘un-watched’.”

Just in case you happen to encounter a poll watcher on Tuesday who tries to harass or disturb you, CNN is offering advice on the rights of every registered voter:

“Every state makes it illegal to intimidate a voter — and federal law makes it a crime to intimidate voters or otherwise seek to suppress voting based upon race, color, national origin or religion. For example, an individual’s actions designed to interrupt or intimidate voters at polling places by questioning or challenging them, or by photographing or filming them, under the pretext that these are actions to uncover illegal voting may violate federal voting rights law.”

If anyone tries to interfere with you voting, let a poll worker know immediately and also contact law enforcement to let them know that you have been harassed while voting.

It has been noted many times in the past, but it’s worth repeating: Republicans know their numbers are dwindling with each national election and the only way they can win is to rig the system or cheat. Without that, they will soon become a permanent minority party that cannot win at any level.