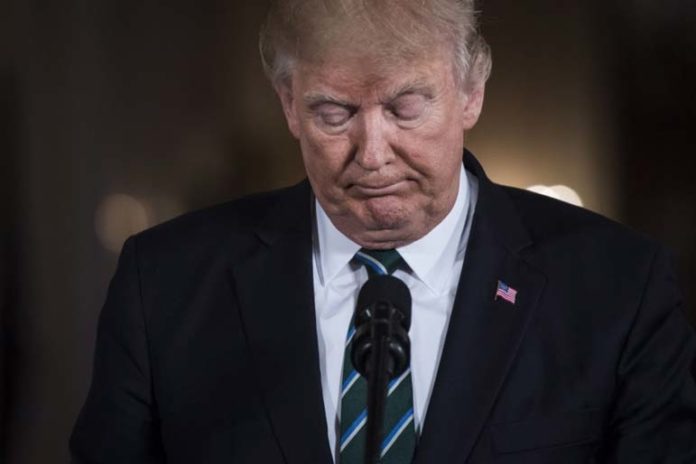 A GOP strategist is warning that Republicans are on the verge of abandoning President Donald Trump over his ludicrous demand that Congress give him $5 billion for a wall on the Southern border.

Shermichael Singleton said on MSNBC Saturday that Trump made a huge mistake when he bragged he would gladly take responsibility for the government shutdown:

“Every single legitimate poll that I’ve looked at has said that the American people do indeed blame Donald Trump and the Republican Party.”

Singleton went on to add that as a Christian conservative, he’s especially offended by the president’s cavalier attitude toward the suffering of hundreds of thousands of federal workers who financially impacted by the ongoing shutdown:

“That does not benefit anyone, particularly many of the people who voted for Donald Trump himself, so I’m not certain how long he can continue to hold out. Democrats have no mandate whatsoever to work with him at all on this.”

Finally, Singleton predicted that more Republican members of the Senate are going to turn on Trump and cover their own asses politically:

“We are going to see more Republicans in the Senate say ‘You know what, I have an election coming up, I cannot risk continuing to support this, we need to make a compromise and re-open the government.'”

Trump is trying desperately to portray the wall as a national security imperative, despite evidence that suggests otherwise. He’s simply playing to his fanatical base of supporters who believe everything they see or hear on Fox News or right-wing talk radio.

But what the president is overlooking is the simple fact that the vast majority of Americans are opposed to a border wall and don’t want their tax dollars spent for such a ludicrous proposal.

Don’t be surprised if next week Trump’s own party revolts against him and helps pass a spending bill in the Senate that the president will probably veto. And when he does that, this truly will be the Trump Shutdown.