The United States Blues
Home News GOP panics as only black Republican in the House decides to leave... 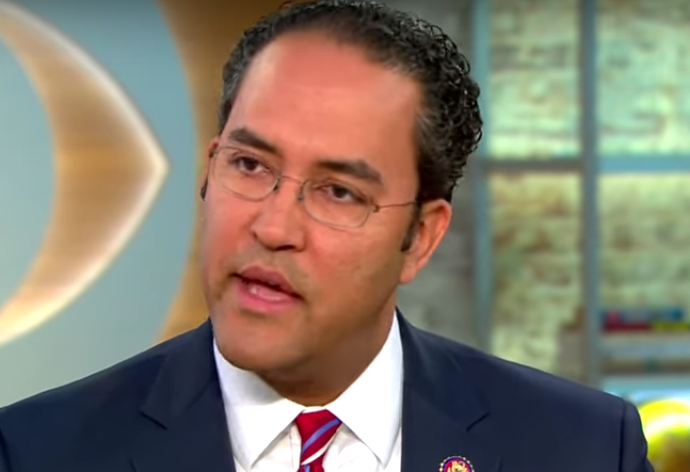 Democrats just received a gift from Rep. Will Hurd (R-Texas) on Thursday when he announced his decision to not seek re-election in 2020, dealing a blow to Republican efforts to take back the House majority at a time when President Donald Trump is stoking racism.

It was just three weeks ago when Trump began launching racist attacks against Democratic lawmakers of color and he hasn’t stopped. Hurd has long been considered a sane voice in a party that has pledged fealty to Trump. But as a former CIA officer, Hurd understands that Trump is harming America’s national security and is seeking to divide our nation through hateful rhetoric.

And though he did not mention any of these things as the reason for his decision, he made it nonetheless, becoming just the latest of many Republicans who have made similar announcements this summer.

“I have made the decision to not seek reelection for the 23rd Congressional District of Texas in order to pursue opportunities outside the halls of Congress to solve problems at the nexus between technology and national security,” Hurd wrote in a statement.

Hurd intends to focus on helping America make technological advances that will give us an edge over other countries who are trying to pass us.

But he did mention race briefly in his concluding remarks, noting that the Constitution of two centuries earlier would not have counted him as a full person.

Two centuries ago, I would have been counted as three-fifths of a person, and today I can say I’ve had the honor of serving three terms in Congress. America has come a long way and we still have more to do in our pursuit of a more perfect union. However, this pursuit will stall if we don’t all do our part. When I took the oath of office after joining the CIA, I swore to support and defend the Constitution of the United States against all its enemies. I took the same oath on my first day in Congress. This oath doesn’t have a statute of limitations. I will keep fighting to ensure the country I love excels during what will be a time of unprecedented technological change.

Hurd had the courage to stand up to Trump, and it’s a shame that he is leaving Congress because the GOP could certainly use his example. The problem is that most Republicans have already chosen to reject that example and be nothing more than sycophants. At least by resigning, he can hurt the GOP in the hopes that it will implode in defeat in 2020 and rise again as a better party without the racism, hate, and extremism.

Democrats are likely to capture his seat during the election and are more likely to keep the House majority while being able to focus more resources on taking back the Senate and the White House. And now House Republicans are truly representative of Trump’s white nationalist vision, which is definitely not a good look.