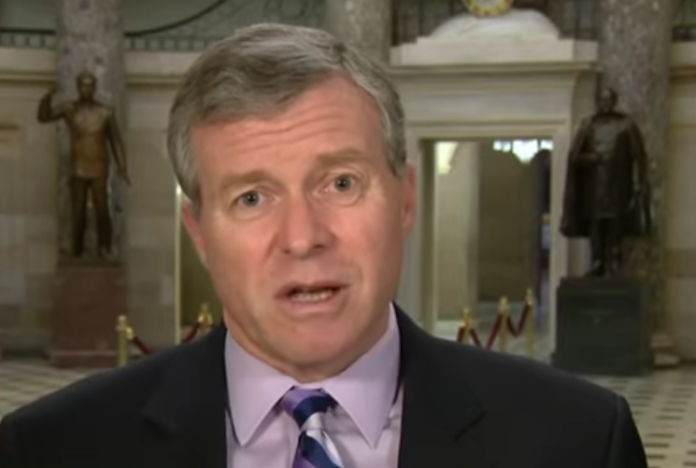 In a district Trump won by 20 points in 2016, one would think that Republicans would have been able to hold on to the seat. Instead, Republican Rick Saccone is narrowly losing to Lamb. And that has the GOP freaking out.

“The narrow margin in a district the president won handily should be a serious wake-up call for Republican incumbents across the map,” a Republican strategist told Business Insider. “No suburban district is safe and every candidate better be ready for the most difficult cycle of their career.”

And as the party scrambles to figure out what happened, there is one inescapable fact that Republicans can’t ignore: Trump is political poison.

From New Jersey to Virginia to Alabama and now in Pennsylvania, Trump has endorsed the Republicans running in various races only to watch as a Democratic wave washes over districts that have been reliably red for years. And that wave has grown into a giant tsunami that is poised to slam Republicans in November, when 35 Senate seats and all 435 House seats are up for grabs.

Saccone was already a weak candidate going into Tuesday’s special election, but one Pennsylvania Republican thinks Trump is to blame for the loss because of actions he took that morning.

As we all know, Trump fired Secretary of State Rex Tillerson, a move that reminded everyone, including Pennsylvania voters, just how chaotic Trump’s White House has been since he took office.

A victory in this race would be a “political earthquake,” Dent told Alisyn Camerota on CNN Wednesday morning:

“I think most Republicans realize we’re running into a very serious headwind, a hurricane-force wind,” Dent said. “It’s coming and we have to be ready for it.”

Dent reminded the GOP that Hillary Clinton is not on the ballot and explained that while many districts went for Trump in 2016, those same districts were not exactly fond of Clinton:

“If you’re a Republican member in a pretty safe seat like this one was, that’s where I’d be nervous because those members are not used to running in these competitive situations,” Dent continued. “That is really what’s going to be the big issue. The marginal swing districts, they know they’re in for a fight. These guys in these safer seats, I think this is a wake-up call for them.”

Dent then conceded that the midterm election is going to be a referendum on Trump and the way he has conducted himself in office, which brings us to Tillerson’s firing.

“I didn’t like the way Rex Tillerson was fired,” Dent said. “I thought that was very deplorable — unfortunate, the way it happened. So, there’s a lot of chaos and anarchy and this is just more of it. This type of instability, uncertainty is really not helpful for America or for the administration.”

It’s about the “national environment” right now, Dent said, going on to admit that independent voters are souring on Trump and warning Republican candidates that riding Trump’s coattails could spell their political doom.

Firing Tillerson the morning of a crucial election may have changed many minds. Just like the rest of us, Pennsylvanians woke up on Tuesday to learn about more White House chaos and instability. That’s not the kind of national story Republicans needed or wanted. And it may well have sealed the fate of Rick Saccone in Tuesday’s special election.