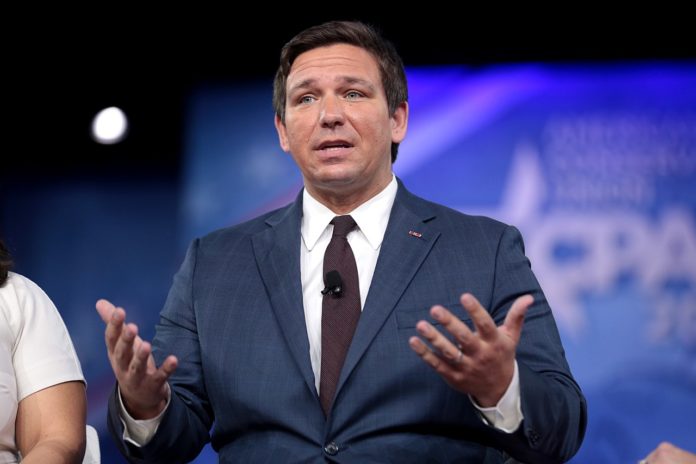 One of former President Barack Obama’s finest hours came in 2014 during the Ebola outbreak, and Rep. Ron DeSantis (R-Fla.) is one of the few Republicans who are finally admitting that publicly.

In 2014, several American medical professionals were flown back to the United States for treatment after they contracted the Ebola virus while they were treating people for the dreaded disease in West Africa.

At the time, fears arose that an outbreak would occur, and Republicans called for shutting down travel between West African countries and the United States. DeSantis was one of those Republicans.

Obama didn’t not panic and dealt with the outbreak with a cool head. Numerous experts refused any sort of travel ban, arguing that such a ban would only make the Ebola crisis in Africa much worse because it would cause mass panic and prevent medical help from getting to those who needed it in West Africa.

In the end, the virus was contained, the Americans who contracted it recovered, and Obama was proved right.

It’s been four years since, and now DeSantis is shockingly one of the few Republicans who have admitted that Obama was right to handle the situation as he did.

During the Florida Family Council Dinner on Saturday, DeSantis was asked to provide an example of something he has changed his mind about, and he chose the 2014 Ebola outbreak.

“Actually, I think the one time that I was wrong in the Congress was when we had the breakout of Ebola and I thought we’ve just got to shut everything down, we can’t take any risks,” DeSantis said.

“Obama didn’t do that and I criticized him a lot for doing that. A lot of my Republican colleagues criticized him for doing that but, you know, I look back at it – it was handled well. I was just wrong about that. I think that the way the CDC and some of the folks in government handled it was actually an example of government getting the job done. So I’m totally willing to just be honest and admit if I call it wrong. Just admit that you were wrong and people appreciate that. Because we’re going to make mistakes in this line of work, that’s just the bottom line.”

DeSantis’ remarks can also be seen as a rebuke against Trump, who also wrongly called for a travel ban in 2014 and actually wanted to leave the Americans who contracted Ebola in Africa to suffer and die.

The U.S. cannot allow EBOLA infected people back. People that go to far away places to help out are great-but must suffer the consequences!

The fact that we are taking the Ebola patients, while others from the area are fleeing to the United States, is absolutely CRAZY-Stupid pols

Trump would repeat his panicked lunacy on Fox News:

“They are great people,” Trump said of the Americans infected. “They’re tremendous people. But they have to suffer the consequences. They go and they try and help other people, but things like this happen. Our country has enough problems. Send the doctors to Liberia. Send the doctors to West Africa to take care of our people. It’s one thing. But don’t let them in.”

Clearly, Trump was wrong, too. But you’ll never hear him admit it.