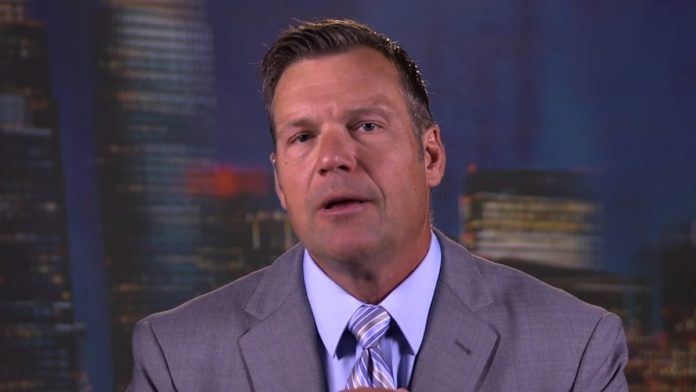 2020 GOP Senate candidate Kris Kobach of Kansas went down in flames during an appearance on CNN when asked if he would vote for an avowed racist and whether or not he thinks President Donald Trump is a racist.

Speaking with CNN’s Chris Cuomo Tuesday evening, Kobach said he wouldn’t agree that the president’s attacks on four Democratic members of House, all of who are women of color, were racist. That led Cuomo to ask this hypothetical question:

“Then I would not defend him because then there is no excuse for racism in America.”

That led to Cuomo asking this logical follow-up:

“Really? Would you still support him as president?”

“Ummm. I don’t know. That would be a really tough.”

The Kansas Republican tried to dig his way out:

“I’d have to know who was running against him.”

“A racist? An admitted racist, you’d have to know more?”

“If he said he was a racist, then probably not, of course.”

All Kobach could do is try to dismiss the questions as “ridiculous hypotheticals.”

Make no mistake about it: The GOP is now the party of proud, avowed racists. Sure, Trump tries to suggest that he doesn’t have a racist bone in his body, but that’s just a smokescreen, something he uses to try and cloak his disgusting rhetoric in something halfway acceptable. But telling people to “go back” to where they came from is indeed racist. Also, that works both ways. Maybe Donald Trump needs to go back to whatever rock he crawled out from under.