The United States Blues
Home News GOP Senate Intel chair tells Don Jr. he only has himself to... 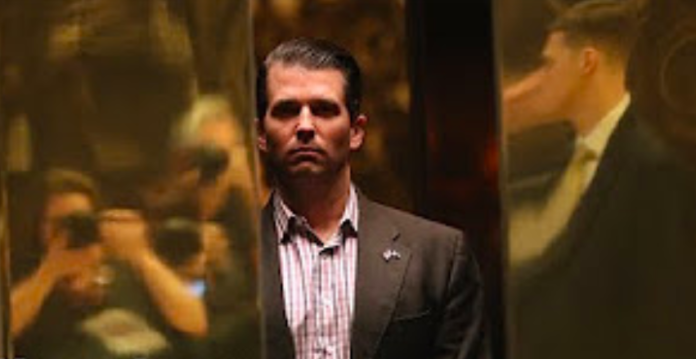 Senator Richard Burr (R-N.C.) the chairman of the Senate Intelligence Committee, has privately revealed that Donald Trump Jr. only has himself to blame for getting subpoenaed.

News broke last week of the subpoena, which came as a surprise considering Republicans control the committee.

In response, Trump Jr. whined through surrogates who suggested President Donald Trump’s eldest son would refuse to show up, thus being in contempt of Congress.

Behind the scenes, however, Burr has been explaining that Trump Jr. has had plenty of chances to comply with requests for further testimony as the committee tries to wrap up its own Russia investigation.

Allies of Donald Trump Jr. may have stirred up a firestorm among Republicans over a subpoena to recall the president’s eldest son to the Senate Intelligence Committee, but the panel’s Republican chairman has suggested to colleagues that the standoff is of the younger Mr. Trump’s making.

Twice in recent months Donald Trump Jr. agreed to sit for voluntary interviews with the Intelligence Committee, only to later back out, Senator Richard M. Burr of North Carolina, the panel’s chairman, told colleagues privately last week, according to two people familiar with his remarks. The chairman said at a senators-only luncheon last Thursday that the evasions had left the committee no choice but to issue a subpoena on April 8 to give senators a chance to directly question the younger Mr. Trump as they seek to tie up loose ends on their investigation of Russian election interference.

Burr has been repeatedly attacked by his own Republican colleagues since the news of the subpoena broke, and he understandably does not think the attacks are appropriate or fair.

Mr. Burr told colleagues that he was not happy about the confrontation, but he suggested that the younger Mr. Trump had been given ample opportunity to cooperate quietly and voluntarily, according to the people, who were not authorized to discuss the private lunch.

It turns out that Trump Jr. had already agreed to voluntarily testify in private on two separate occasions, only to back out at the last minute, which forced the committee to act.

He told fellow senators that the committee had always been clear that it might call Donald Trump Jr. back for additional questioning, as it has with other central witnesses in the closing stages of the investigation, the people familiar with his remarks said. In fact, the process of scheduling that follow-up session began in December, Mr. Burr said, and the younger Mr. Trump had agreed to appear voluntarily in March and then in April before the committee for open-ended questioning.

It was only after his lawyers sought to postpone the April session, after also having done so in March, that the committee warned the Trump team that it was losing patience, the people said Mr. Burr told senators. If Mr. Trump did not show up, committee staff members told the lawyers, Mr. Burr would be forced to issue a subpoena.

Trump Jr. made his testimony a bigger story. He probably could have testified quietly and few would have known about it. Now the American people have to wonder what he trying to hide by refusing to testify. If the Mueller report really exonerates him, why not testify?

The subpoena brings added media attention, but it’s better than letting Trump Jr. flout Congress’ authority. If the committee still has questions that need answers, Don Jr. is obligated to answer them. If he refuses, it doesn’t look good for him or his father at all.