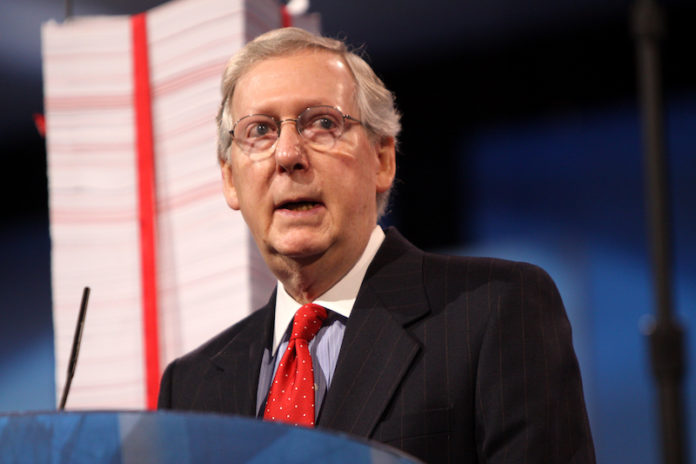 Most think of pulling out of war as a good thing. Indeed, several candidates for president have run on it. However, the presidency is a complex position. Unilaterally pulling out might not always be the best move — especially when dealing with problems America started. That may be why the GOP-led Senate advanced an amendment admonishing President Trump for his sloppy pullout.

Though he claims otherwise, U.S. intelligence and lawmakers reject President Trump’s assessment that ISIS has been defeated in the Middle East. They expect that the organization is merely sleeping, gathering recruits, and setting the stage for further mobilization:

“I’ve been clear about my own views on these subjects,” McConnell said during a floor speech. “I believe the threats remain. ISIS and al Qaeda have yet to be defeated. And American national security interests require continued commitment to our missions there.”

Unfortunately, U.S. foreign policy works on a “You break it, you buy it” paradigm. This means that although the country engages in universally-acknowledged disasters (like the Iraq War), a pullout still must be conducted in a systematic and careful way. The president, instead, appears to ascribe to “Great Man” history, where one individual takes charge and saves the day.

In his most recent tussle with House Speaker Nancy Pelosi, President Trump was forced to come to the realization that he actually does not exist above the three branches of government, but that they are co-equal. This is a message Texas senator John Cornyn says that this new amendment solidifies.

“That we’re a coequal branch of government and have coequal responsibility for foreign relations,” Cornyn said.

The amendment is nestled in a larger bill concerning Middle East policy. The bill includes new sanctions against Syria’s central bank, and an increase in military support for Israel and Jordan. And even in a GOP-led Senate, the amendment passed 68-23.