The United States Blues
Home Business GOP Senator admits Trump’s tariffs are bad for his state, but might... 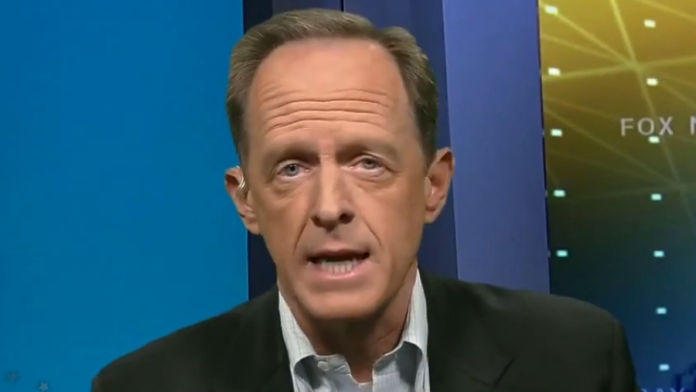 Pennsylvania Senator Pat Toomey (R-PA) is a big fan of free trade. So much so that he even wrote a book on the topic. And while he admits that President Donald Trump’s trade tariffs have been terrible for his state, he’s still supporting the president’s pointless trade war with China.

How goes that trade war? Not very well for Trump or the United States. The Chinese have made no concessions and that means the administration will continue to levy tariffs (which serve as little more than additional taxes on American consumers) and get nothing in return other than retaliatory tariffs from China.

Those tariffs have been especially harsh for farmers and manufacturers in Pennsylvania, as ThinkProgress notes:

The effect of Trump’s tariffs has been especially harmful to farmers and manufacturers, including those in Pennsylvania. A pro-free trade group estimated in October that Trump’s tariffs on China and other countries had already cost the steel industry in Pennsylvania $98 million. Rick Ebert, the head of the conservative Pennsylvania Farm Bureau, said in November that thanks to Trump’s trade war and low commodity price, 2018 was “the worst year I’ve ever seen it.”

Yet despite the economic impact being felt by his constituents, here’s what Toomey had to say Sunday during an appearance on Fox News:

“I actually think the President is right to challenge China. The tariffs are absolutely painful and dislocating. But if in the end we end up with an agreement that gives us a meaningful reform of China’s most egregious behavior, we might look back and say this is worth the price we are paying.”

The tariffs are painful and dislocating, but hey, might as well continue punishing the taxpayers. Really?!

Keep in mind that this is the very same Pat Toomey who voted in 2000 to give China permanent normal trade relations to China. Why did he do that? Does he want to rescind that vote and punish both China and the people who elected him even more?

The hypocrisy of people like Pat Toomey is obvious, but his willingness to blindly follow Trump’s moronic trade policies is inexcusable.