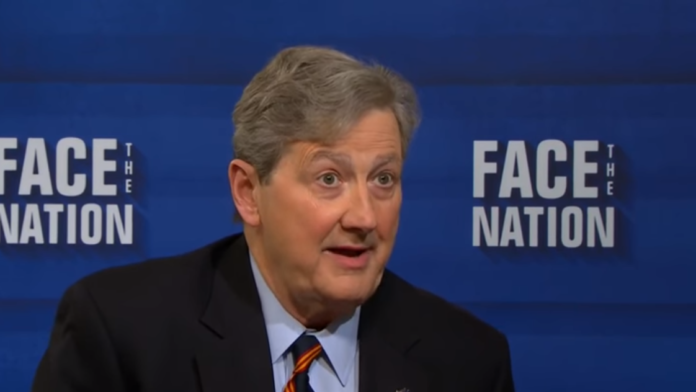 While President Donald Trump continues to stand behind his embattled EPA Administrator, Scott Pruitt, many on both sides of the political spectrum are now saying Pruitt’s actions and misuse of taxpayer funds is inexcusable and downright stupid.

One of those, Louisiana Senator John Kennedy (R), was a guest on Face the Nation Sunday morning, and he wasted no time taking Pruitt to task, commenting:

“Well, to Mr Pruitt, and other members of the president’s cabinet, I would say that ethics matter. Impropriety matters. The appearance of impropriety mattered. To the extent that you stop acting like a chucklehead, stop the unforced errors,  stop leading with your chin.”

Kennedy had some other words of advice for Pruitt and any other member of the administration who thinks he or she might like to live like royalty on the public dime:

“If you don’t need fly first class, don’t! Don’t turn on the siren non your SUV just to watch people move over, you represent the president of the United States. All of this behavior is juvenile and it is distracting from the business that we are trying to do for the American people.”

What Kennedy failed to address, however, is the overwhelming sense of obligation that emanates from the top of this White House, and resides in the person of Donald Trump, a man who thinks the world owes him anything he wants.

Is it any wonder Trump staffers want to be so lavish with our money? Isn’t that what Trump has done his entire life? He’s made a fortune off the work of others, and stiffed working men and women along the way. We’re not even sure he pays a penny in taxes.

As the old saying so aptly reminds us: The fish rots from the head down.