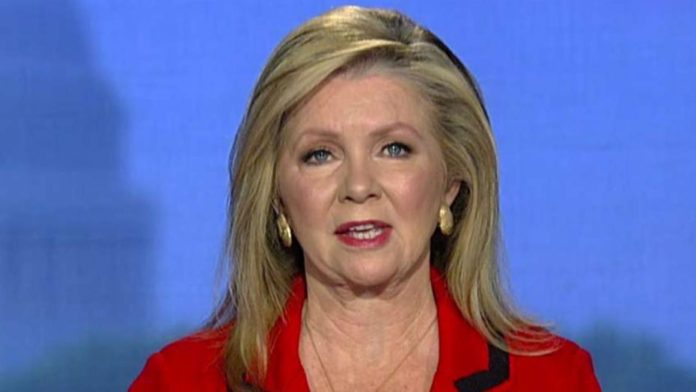 Turns out it’s not just Trump supporters who are opposed to the president being impeached. Jesus himself is against the idea.

Senator Marsha Blackburn (R-TN) took to Twitter on Sunday and posted this bit of idiocy:

A 3-year, coordinated effort has been underway to remove @realDonaldTrump from office.

Jesus warned us — watch out for the lawyers. https://t.co/GqBBPOL9iw

In the Shakespeare play, character Dick the Butcher listens to a cohort dreaming of becoming an all-powerful king. Dick pipes up: “The first thing we do, let’s kill all the lawyers.”

Of course, considering that a member of the GOP sent out the errant tweet, it’s really not a surprise that Blackburn didn’t know the line belonged to the Bard. After all, writers and artists are all radicals and socialists to Republicans.

Fortunately, others on social media were only too happy to give Blackburn the online drubbing she so richly deserves. Take a look:

That was Shakespeare. I think it was Jesus who warned us about the Republicans.

No he did not. Not once.

But he did warn of those who put material wealth before caring for your fellow man. More than once.

Senator — don’t bring Jesus into this mess to defend the most obvious heathen the country ever has elected. Jesus has enough trouble.

“He who justifies the wicked and he who condemns the righteous are both alike an abomination to the Lord.”
Proverbs 17:15

First, it wasn’t Jesus who “warned us” about the lawyers; it was Shakespeare, in Henry IV, Part II.

Second, his point was that lawyers are an obstacle to a ruler who wants to consolidate government power and undermine the rule of law.

First, it wasn’t Jesus who “warned us” about the lawyers; it was Shakespeare, in Henry IV, Part II.

Second, his point was that lawyers are an obstacle to a ruler who wants to consolidate government power and undermine the rule of law.

Maybe Marsha can get herself a Cliff’s Notes version of Shakespeare and the Bible. Provided, of course, she has time to read those when she isn’t worshiping at the altar of Donald Trump.