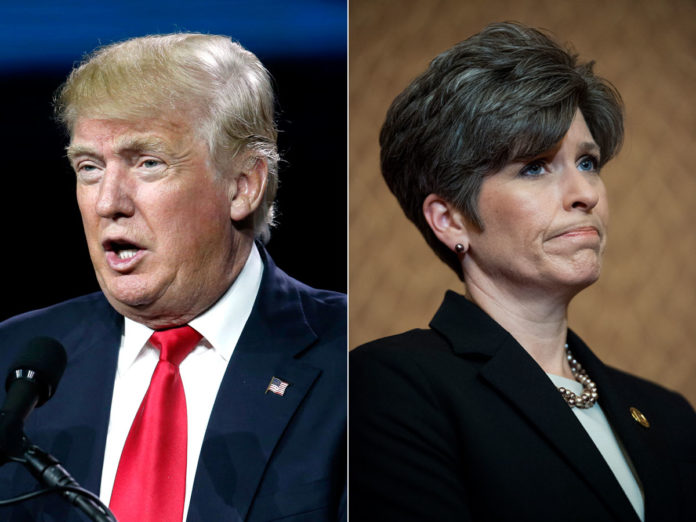 There was a time when Senator Joni Ernst (R-IA) was considered to be one of the rising stars in the Republican Party. She was even shortlisted as a potential running mate for President Donald Trump in 2016.

But now, facing re-election in 2020, Ernst is getting an earful from voters back in her home state, and most of them seem to be angry that she hasn’t been willing to stand up to the president, especially when he attacks other members of the GOP, Politico reports:

“Joni Ernst had barely kicked off a town hall one morning here recentlywhen the barrage of complaints about Donald Trump began.

“‘Other senators are speaking up criticizing Trump and defending McCain, but I have yet to hear one word from you,’ one man implored her. ‘Is there no line Trump can cross that would cause you to break ranks with him?'”

As one of the few female Republicans in the Senate, the possibility of Ernst losing in 2020 is of particular concern to the party, which is desperate to reach out to women voters.

For her part, Ernst says she doesn’t agree with Trump on everything, citing her criticism of the ongoing trade war the president instituted which has hurt Iowa farmers:

“What he’s doing with the tariffs has been really hard on our agricultural industry and so I’m continually pushing on the administration — let’s focus on getting the trade deals done, let’s move let’s move we want a good deal but let’s move.”

Tariffs and a rising trade deficit could indeed make Iowa voters abandon Ernst, according to J.B. Poersch, president of the Democratic Senate Majority PAC, who noted:

“The budget debts, the trade deficit — they’re all remarkably high and have worsened in a Republican administration clearly at a time when Republicans were running everything. That’s what she considered her key strategic issue.”

In many ways, Ernst’s political fortunes are tied to Trump whether she likes it or not, and if the president’s own poll numbers continue to fall as they have in recent months, Ernst could be swept away in a 2020 blue wave that returns control of Congress and the White House to Democrats.