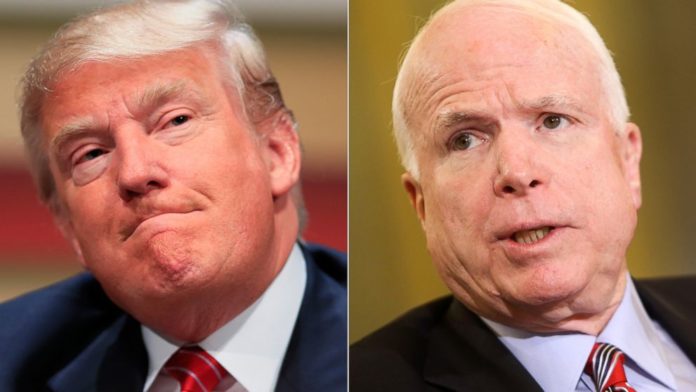 Senator Johnny Isakson (R-GA) says he’s had more than enough of President Donald Trump’s unrelenting attacks on the late John McCain, and is chastising Trump for his comments.

“I just want to lay it on the line, that the country deserves better, the McCain family deserves better. I don’t care if he’s president of United States, owns all the real estate in New York, or is building the greatest immigration system in the world.”

The Georgia senator added that he will continue to publicly condemn Trump for refusing to give McCain the honor and respect he and his family deserve:

I can’t understand why the President would, once again, disparage a man as exemplary as my friend John McCain: heroic, courageous, patriotic, honorable, self-effacing, self-sacrificing, empathetic, and driven by duty to family, country, and God.

Over the weekend, when Trump went on an extended Twitter rant against McCain, Senator Lindsey Graham (R-SC) also defended the former Arizona senator, saying, “Nothing about his service will ever be changed or diminished.”

On Tuesday, Trump doubled down on his criticism of McCain, telling reporters at the White House that McCain’s vote to keep Obamacare was “disgraceful” and adding he was “never a fan” of McCain and never would be.

Perhaps the best response to Trump’s insults aimed at McCain came from the late senator’s daughter, Meghan, who noted on “The View” that the president was:

“Obsessing over great men you could never live up to. That tells you everything you needed to know about his pathetic life”

How long do you think it’ll take before Trump decides to turn his rage to Senator Isakson?