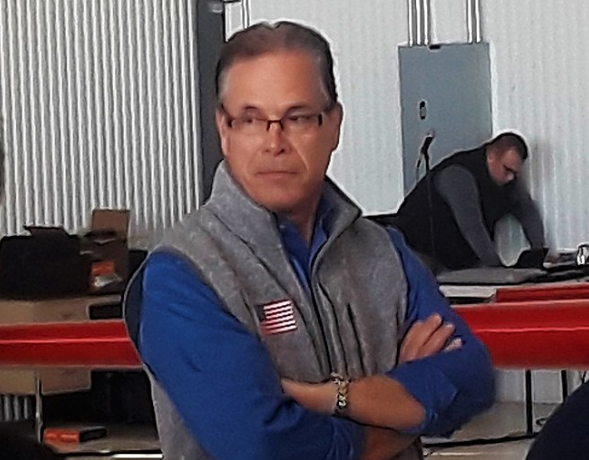 Senator Mike Braun (R-Ind.) is seriously warning his GOP colleagues that they need to start supporting commonsense gun laws now if they want to avoid even stricter gun reforms being forced down their throats in the future.

Mass shootings in this country have Americans at the breaking point as they now have caused ripple effects throughout our communities as bulletproof backpacks and curving hallways and barriers are becoming the norm at schools. More and more people die every year from gun violence, yet Republicans bow down to the NRA and refuse to do nothing but offer “thoughts and prayers” and blame video games every time there is a mass shooting.

House Democrats passed two background checks bills earlier this year to help combat mass shootings by requiring a check even for private sales. It’s a move that even most gun owners support.

But Senate Majority Leader Mitch McConnell (R-Ky.) refuses to bring it up for a vote and no Republicans have sponsored it, making it very clear how much power the NRA has over the GOP.

Braun, however, believes his colleagues are making a huge mistake.

“I look at it this way, if we’re not willing to do the commonsense stuff probably legislation will occur that we’ll regret that will actually I think will infringe upon Second Amendment rights down the road,” Braun said during remarks to reporters. “I think for those of us that want to always make sure that law-abiding citizens can own and bear and use a weapon, that we’ve got to talk about it and start doing some things or else I think we’ll get overwhelmed to where we’ll lose down the road that Second Amendment right.”

He has a point. Democrats have been offering commonsense gun control legislation for years now that could have prevented some of the mass shootings we have sadly experienced over the years, but Republicans won’t budge. And refusing to budge is only making Americans across the country angrier and more hostile towards guns. The cry for gun reform has never been louder and it could end up chasing Republicans out of power in the Senate and the White House. Once that happens, the anger over Republican refusal to do anything to stop gun violence could end up leading to even stronger laws, perhaps even an amendment to repeal the 2nd Amendment.

At this moment, what Americans are demanding most are commonsense gun laws that strengthen background checks and red flag laws that allow family members to have police remove a person’s guns if they feel that person is a threat. Failure to support these simple solutions in the face of so many mass shootings is starting to unite Americans against assault weapons and the Second Amendment itself. If Republicans continue to fail to act, they can expect more than stronger background checks to pass, because Americans will be demanding it in retaliation against the NRA and the Republicans who chose the right-wing group over the lives of our children.