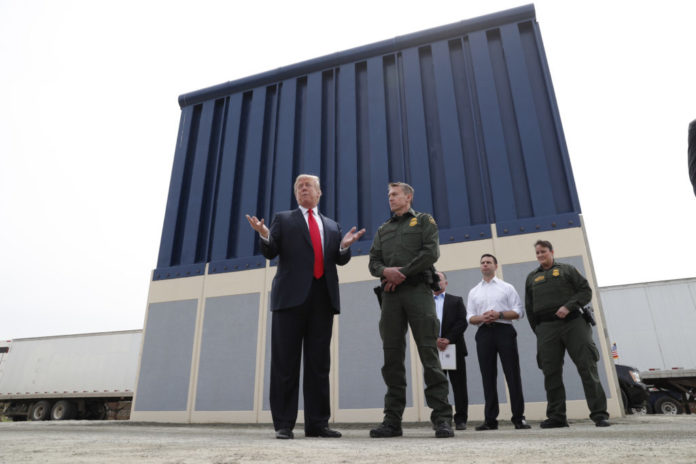 Think back to the 2016 campaign for a moment. One of the most oft-repeated promises from then-candidate Donald Trump was that he planned to build a wall on the U.S.-Mexico border and make Mexico pay for it.

Like nearly everything Trump says, we now know that was a massive lie. Instead of getting Mexico to pay for his wall, he now expects American taxpayers to foot the bill.

But Trump isn’t alone in this bait and switch. He’s got the GOP-controlled Senate on his side, too, and they’re ready to steal billions from funds allocated for health and education to help the president, according to Roll Call:

According to several people familiar with the process, Senate Appropriations Chairman Richard C. Shelby, an Alabama Republican, wrote an allocation for the fiscal 2020 Labor-HHS-Education spending bill that is about $5 billion lower than it would have been to provide funding for the wall.

The president, it should be noted, has already diverted money from other programs to finance the border wall:

Trump earlier this year declared a border emergency and tapped existing statutes to shift $6.7 billion mainly from Pentagon budgets to fund wall construction. The Supreme Court last month cleared the way for the administration to divert $2.5 billion out of defense programs for the wall, blocking a challenge from environmental and other groups.

The GOP’s plan to assist Trump with money for the border wall is likely to cause quite a clash later this fall when spending allocations are hashed out between House and Senate negotiators, meaning that Senator Shelby’s desire to give the president a victory he can point to as he seeks reelection in 2020 may be short-lived.

And since it takes 60 votes to end debate and pass appropriation bills in the Senate, Democrats still have a strong hand in the end, though a former GOP aide said he thinks a compromise can be reached: