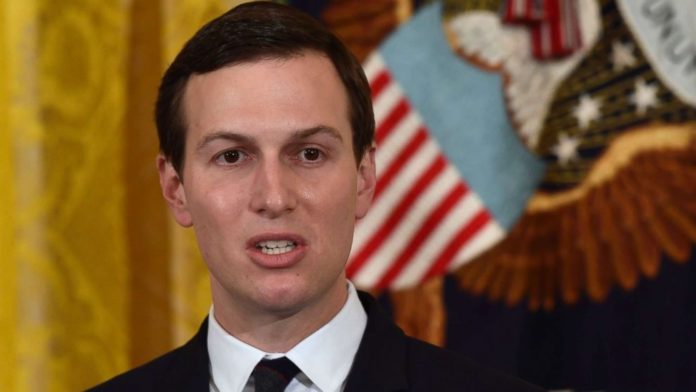 GOP senators who met with White House adviser Jared Kushner earlier this week to discuss the administration’s immigration bill — which will be released today — said they were underwhelmed by Kushner’s knowledge of the subject, with some noting that he seemed to be unable to grasp the subject, according to a new report from The Washington Post:

Privately, Republican officials said Kushner did not have clear answers to some questions from the friendly audience, prompting Trump’s other senior adviser, Stephen Miller, to interrupt at times and take over the conversation.

When senators such as Susan Collins (R-Maine) brought up topics they considered crucial to an immigration bill, Kushner reportedly dismissed those concerns outright or deferred to other administration officials who were in the meeting:

But some GOP senators left the meeting wondering whether Kushner understood the issue, the GOP officials said. Though some appreciated his efforts, they did not think his plan would advance anytime soon. No senator has stepped forward yet to turn Kushner’s plan into legislation.

“He’s in his own little world,” said one individual familiar with the discussion in the meeting, who spoke on the condition of anonymity to freely describe the session. “He didn’t give many details about what was in [his plan]. . . . And there were a number of instances where people had to step in and answer questions because he couldn’t.”

Overall, the White House plan on immigration is merely a rehash of ideas that have been floated before by President Donald Trump and members of the administration:

In the session, Kushner said his proposal would create a merit-based point system, and immigrants would have to pass a civics test before they could even get access to the point system. He said Trump would soon give a speech on immigration, a topic his allies say could carry him to reelection in 2020.

But Kushner confused the senators when he said a central principle in his immigration plan would be to unify immigrant families, including mothers and children. Senators were unsure what he meant, though they have in the past pushed back on the Trump administration’s now-ended family separation policy.

As he has proven time and time again, Jared Kushner is no more equal to the task of governing than his father-in-law. Both of them seem to believe that making bad deals in real estate and going bankrupt qualify them to lead the most powerful nation in the world. No wonder this administration fails with every policy proposal it attempts.