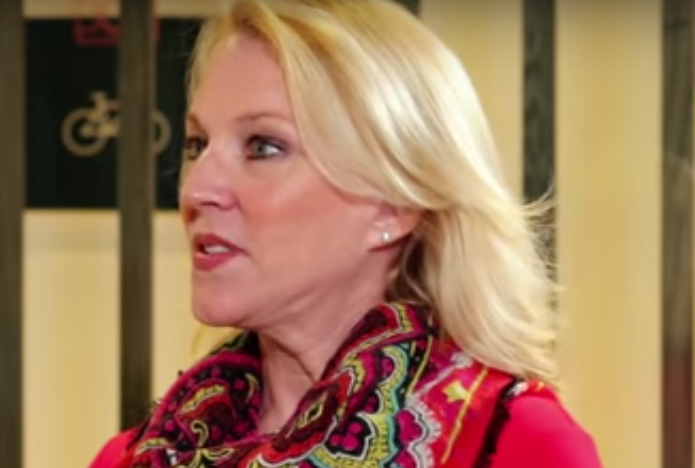 Veteran GOP strategist Cherie Jacobus has written a detailed account of why she believes President Donald Trump “arranged” the hack of the Democratic National Committee in 2016.

Jacobus has been a Republican strategist for many years, and now she has come forward with her account of her emails being hacked by Team Trump in 2016, which leads her to believe Trump arranged the hack of the DNC and Hillary Clinton campaign in an effort to win the election.

As we all know, Trump publicly asked Russia to hack Clinton’s emails only weeks after members of his campaign met with Russian agents in Trump Tower to get dirt on her. We also know that Russia gave the emails to Wikileaks and that Trump associate Roger Stone acted as a middle man to arrange the leaks of the emails, which is why Stone has been indicted by Special Counsel Robert Mueller and faces trial.

According to Jacobus, former White House counsel Don McGahn tried to force her to sign a non-disclosure agreement to silence her because of what she knows about the initial FBI investigation into her own hacked emails.

“It’s clear to me that the Trump team had the ability to have my email hacked,” she wrote. “It’s clear to me that they then tried to launder information from my hacked emails through other sources so that they could use it against me. Importantly, it’s clear that if this is what Trump and his team of thugs could do to me — have me hacked, launder the info, and then try to use it against me without having their paw prints on it – they certainly are capable of doing it to Hillary, the DNC, and others.”

“I believe that not only did Trump know WikiLeaks had the hacked emails of his political ‘enemies’, but that it’s likely Trump and his associates arranged in advance to have the emails hacked, or at the very least were involved in the planning and coordination of the hackings — just as in the hacking of my email,” she continued.

Indeed, it turns out Trump’s former lawyer Michael Cohen has testified to Congress that Trump knew Stone talked to Wikileaks about the DNC email dump.

“Mr. Stone told Mr. Trump that he had just gotten off the phone with Julian Assange and that Mr. Assange told Mr. Stone that, within a couple of days, there would be a massive dump of emails that would damage Hillary Clinton’s campaign,” Cohen said.

“Wouldn’t that be great,” Cohen reported Trump as replying.

Jacobus went on to point out some of the evidence obtained during the investigation, which has been folded into Mueller’s probe.

“Over the course of the next year, two more data points occurred that indicated people associated with Trump were in possession of personal information about me that seemed to have been garnered from my hacked email,” she wrote. “In one instance, they were trying to confirm something through another avenue that they thought would help Trump in court, but knew they could not bring up on their own, thus exposing themselves as having access to my hacked emails. In another instance, a member of the Trump team who had appeared before the grand jury and Congress appeared to be trafficking in information he erroneously thought was damning, but obviously came from my hacked email.”

So, based on Jacobus’ account and Cohen’s testimony, it’s possible Mueller could be getting ready to reveal that Trump played a major role in the Russian hacking scandal, which would place Trump in the center of the conspiracy to interfere with the 2016 Election.

That would be a major bombshell worthy of immediate impeachment and indictment for crimes against the nation. As more pieces of the puzzle come together, it’s definitely not looking good for Trump and leaves little wonder as to why he is so desperate to kill the investigation and bury Mueller’s final report.