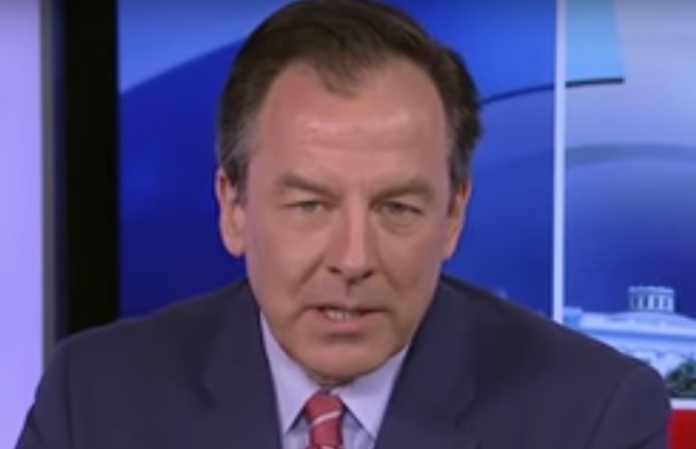 President Donald Trump’s CPAC speech on Saturday may have been the final nail in the Republican Party’s coffin. At least that’s what Rick Tyler, a GOP strategist who managed Senator Ted Cruz’s (R-Texas) 2016 campaign, believes since he officially declared the party “dead.”

Trump delivered an unhinged speech at the annual conservative gathering that served as an airing of grievances as he attacked the Russia investigation conducted by Special Counsel Robert Mueller as “bullsh*t” and whined about the various congressional probes that are ongoing in the House and Senate that are uncovering his corrupt activities and crimes.

He also attacked the Green New deal that is popular among most Americans, including Republicans, and once again brought up Hillary Clinton’s emails while defending Russia.

Overall, Trump spoke for over two hours at the conference that hosted anti-Muslim and anti-immigrant speeches in addition to others this week.

The whole thing was so pathetic that Rick Tyler could not hold back his utter disgust at what CPAC and the Republican Party has become.

“It’s interesting about CPAC, it used to be the confab of conservatives who would get together once a year and it’s not CPAC anymore — it hasn’t been since 2016. It’s now Trump-pac and should be TPAC,” he said during an appearance on MSNBC. “The people there talk about being pro-tariffs, anti-justice, anti-law enforcement, anti-immigrant, anti-Muslim, pro-Russia, pro-autocrat. It’s unrecognizable what Donald Trump has done to the party and what he’s done to the conservative movement. CPAC used to be the flagship of the conservative movement. It’s a real shame.”

MSNBC host Alex Witt asked if the party can be fixed, but Tyler could only offer one solution and it’s that the party has to die before it can be resurrected.

“Rest in peace,” Tyler said. “No, it’s over. The problem is that the Republican Party has no grounding governing philosophy anymore because they’ve signed on to all these things as I just mentioned that were antithetical to the conservative movement. So it’s the Trump party. When Trump passes on, one way or the other, the party will no longer exist and the Republican party will have — it has no fundamental belief. You have to believe in something, and I don’t know what the Republican Party believes in or what its message is anymore.”

The fact is that the Republican Party signed its own death certificate in 2016 by making Trump their nominee. The Republican Party is now so much in lockstep with Trump that GOP lawmakers have refused to stand up to him and have ignored his criminal activities and scandals. They even try to protect him at all costs and are complicit with every action he takes even when it goes completely against American values. This is not a Republican Party that the likes of Dwight Eisenhower or Ronald Reagan would recognize and it is shocking how far it has fallen. Because if a Ted Cruz guy like Tyler now says the party is dead, it must be.