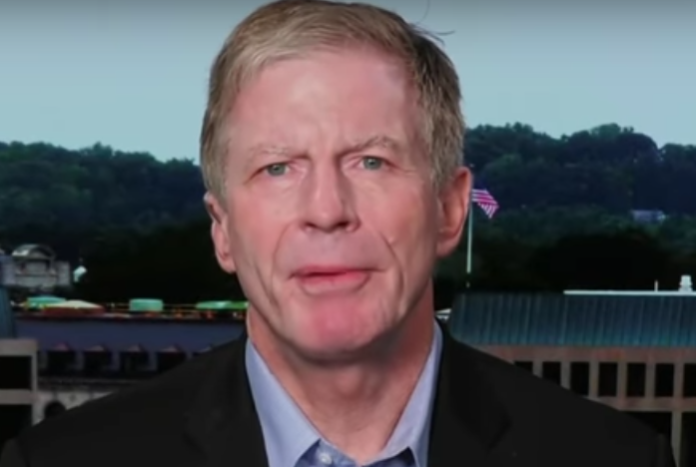 GOP strategist Stuart Stevens had a message for the Republican Party on Friday that they had better start appealing to minorities instead of stubbornly staying stuck in 1950 or else watch as the party becomes irrelevant because the Democratic Party is looking more like the diverse future of America.

The 116th Congress is the most diverse in American history. There are now more than 100 women serving in Congress 100 years after passage of the 19th Amendment. Among them are the first two Native American women, the first Somali-American woman and the first Palestinian-American woman.

And it’s an example of diversity that matches up with the makeup of the American population that is undergoing major demographic shifts as white Americans are about to become the minority.

That’s a major problem for a Republican Party that is mostly white and male and has done nothing to reach out to minority voters.

Indeed, Republican support among women, Hispanics, and blacks have reached all-time lows while their current base of white voters continues to age and shrink, which is why Stevens sounded the alarm on Friday.

In a series of tweets, Stevens warned the GOP that the Democratic Party is the party that reflects the diversity of the overall population and that Republicans can only counter this fact by abandoning their 1950s mindset and start making their tent bigger:

The visuals of new House should send a shiver through anyone who cares about future of Rep. Party. One side looks like America & our future, the other looks like Board meeting of 1950’s corporation. A basic law of politics: be for the future not past. There’s more of it.

Stevens pointed out that Republicans used to appeal to people of color, at least enough to win elections, but things have rapidly changed, especially since the emergence of Donald Trump, who has alienated minority voters with his anti-immigration policies and rhetoric while women voters are disgusted by his sexism and misogyny:

Of course there is. GWB received over 40% of Hispanic vote. Republicans routinely win women – if they are white. Republicans win under 35 vote – of white voters. Don’t think even Presbyterians believe that’s predetermined. https://t.co/4GNHGYeg8o

Republican presidential candidates routinely got 30-35% of black vote before 1964. Then fell of a cliff. Why? Civil Rights. Actions have consequences. The Trump led vitriol against Mexicans & brown people is not likely to be forgotten anytime soon. https://t.co/MAHqytAgA6

Stevens concluded by urging the GOP to adopt winning strategies that have been employed by Republican governors in Maryland and Massachusetts instead of ignoring them in favor of racial purity and maleness:

There is a clear blueprint for great Republican success with @CharlieBakerMA and @LarryHogan. They have more customers in rough markets. But instead of studying & learning from their success, national R Party basically ignores them. Crazy. https://t.co/9kbAXlYkna

But it may already be too late for that as Trump continues to spew hate and petty grievances while pandering to his ever shrinking conservative base. There’s a reason why Trump’s approval rating among Republicans is so high right now and it’s because the party has already shrunk so much that only the most hardcore Republicans remain.

As long as the Democratic Party continues to reflect the diversity of America, more people will identify with and vote for them. As long as the Republican Party stays stuck in the past, they are doomed to extinction.