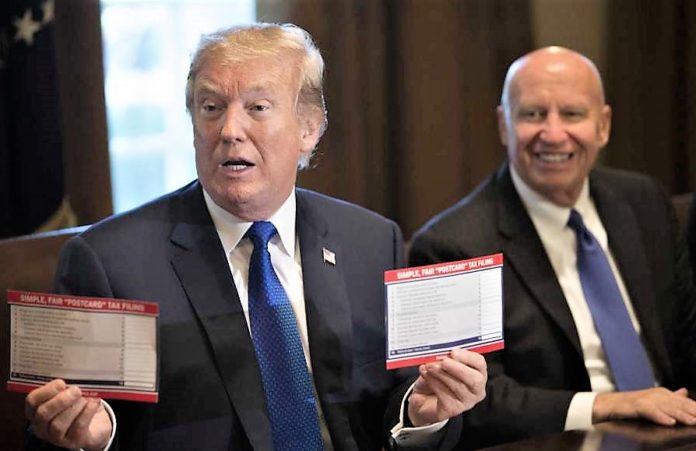 Despite the fact that the nation is reeling from yet another mass shooting, indictments in the Trump-Russia collusion investigation, and the President’s most recent overseas trip with the accompanying faux pas, Republicans remain insistent on pushing their tax plan forward.

The plan will serve to increase taxes for one-third of American middle-class families by next year, according to a New York Times report on Tuesday. It is a massive handout to billionaires and will lower the tax burden on the wealthiest Americans while the poor and middle-class pick up the slack.

On Fox News, House Majority Whip Steve Scalise (R-LA) said,  “If you look at every different income range, you’re gonna see everybody in those income ranges get a tax cut. What one person does versus another, as the Speaker said, we’re closing a lot of special interest loopholes.”

So what loopholes do the Republicans want to close? Well, they plan to eliminate the deduction for student loan interest. They also hope to get rid of the American Opportunity Tax credit which helps people with the cost of returning to school or retraining. They also plan to dispense with the deduction that allows teachers to deduct their out-of-pocket expenses for school supplies. Also on the chopping block, personal exemptions. This one is particularly sly. This means that a family of four would be able to get $12,600 increase in standard deduction but would lose $16,200 in personal exemptions so that the families’ tax burden would go up by over three thousand dollars. They also plan to eliminate deductions available to people with high healthcare costs, and for state taxes paid, double taxing people in many, predominantly Democratic, states.

The above list is far from exhaustive but is a representation of the types of “loopholes” Republicans are interested in closing. The tax plan also proposes a giant money handout to billionaires with a wide range of measures including the repeal of the estate tax.

Never fear, however, while everyday Americans will be paying larger sums in taxes to foot the bill for a giant giveaway to the most wealthy, there is an upside. What is that upside one might ask? Postcards. That’s right, postcards. Americans who will be saddled with the cost of handing out large sums of money to Trump, his family, and wealthy friends, will get to file their increased taxes on postcards.