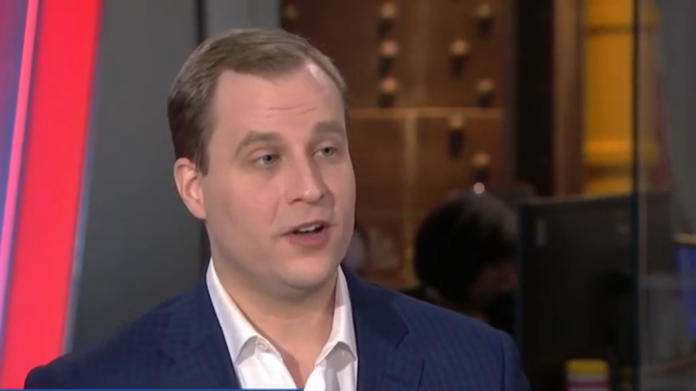 According to President Donald Trump, voter fraud in the United States is rampant. He’s even said that “millions” of people voted illegally in the 2016 election and that explains why he lost the popular vote to Hillary Clinton.

The facts, however, suggest otherwise. Most comprehensive studies that have looked at voter fraud show that it’s nearly nonexistent. The Brennan Center for Justice reported in 2017:

But that didn’t keep Trump from saying on Wednesday that you need ID to purchase cereal (since when?!), so voter ID laws are necessary.

On MSNBC Thursday morning, GOP strategist Evan Siegfried tried to explain away the president’s comments as nothing more than a joke:

“I actually think in reading the transcript, he was trying to crack a joke. Maybe he’s talking about Honey Bunches of Oats and dirty tricks, but I think that him saying this and even making the joke is irresponsible.”

But fellow panelist Mark Thompson, host of “Progress” on Sirius XM radio, wasn’t about to let Siegfried or Trump get away with such a bogus claim, remarking:

“He’s the president of the United States, so even if he means to make a joke, his words are taken seriously. Really, it’s unfortunate that his supporters don’t see how he is insulting their intelligence, but he’s been saying crazy things for the past week.”

And then Thompson shut down Siegfried and anyone else who wants to defend the president with this nugget of perfect logic:

“Voter ID for a box of cereal is not a thing. People dressing up in disguises to go and vote is not a thing. Remember, people tried to say ‘monkey things’ up is a thing and saying, matter-of-factly, ‘I would be on the front row of a public hanging’? That’s not a thing.

“So everyone is saying things that are not things at all, including Donald Trump.”

Here’s one fact that is irrefutable: Donald Trump is the most clueless person to ever hold public office in this country. That’s not even debatable.