The United States Blues
Home Politics Graham abruptly cuts off Sen. Hirono as she calls out Barr on... 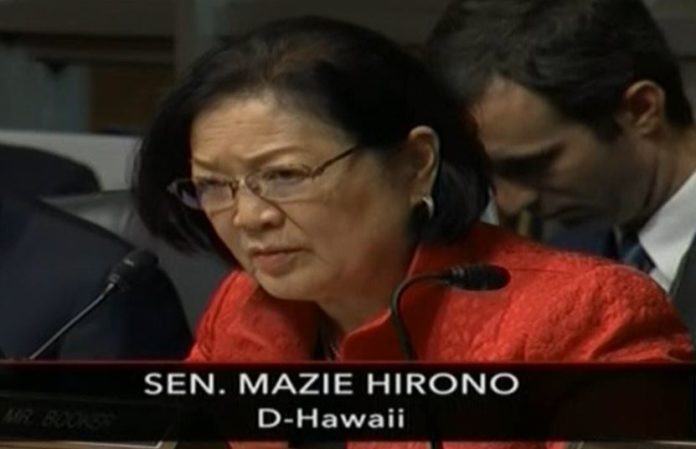 Senator Hirono began her time at the Judiciary Committee by comparing Barr to Kellyanne Conway, Rudy Giuliani, and the others who “sacrificed their reputation for the grifter and liar in office.” She pointed out how he has gone well outside the bounds of good conduct by an Attorney General. How he should have recused himself and how he delayed the report being released until Congress was out of session and on the eve of two major religious holidays.

Hirono then went through Barr’s history, going all the way back to 1989 and 1992 when Barr was also choosing party over country for other administrations.

With each statement, Hirono made sure her facts were in order and verifiable. She also showed that her opinions were based on the facts.

She put the cherry on top with this statement:

“But now we know more about your deep involvement and trying to cover up for Donald Trump. Being attorney general of the United States is a sacred trust. You have betrayed that trust, America deserves better. You should resign.”

Hirono had the same amount of time allotted as the rest of the Senators on the committee. But about seven minutes into her time, short of her limit, Chairman Lindsay Graham abruptly cut her off mid-question. He accused her of slandering Barr. She responded by defending her words, but Graham wasn’t interested — he just wanted to get Barr out of having to be faced with facts.

See the entire dramatic exchange below: