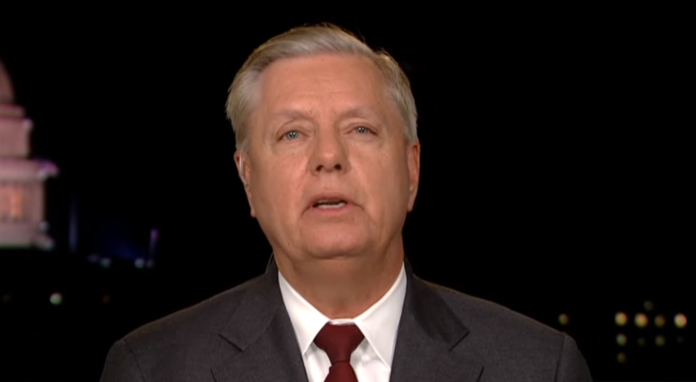 Senator Lindsey Graham (R-SC) said Tuesday evening that he has no intention of watching the first day of public impeachment hearings because they’re “un-American” and a “threat to the presidency.”

“What’s happening in the House is basically un-American. No American, including Donald Trump, should be accused of misdeeds without confronting their accuser, which is the whistleblower, and no American should be denied the ability to tell their side of the story by calling witnesses to explain their defense. That’s being denied the President of United States.”

Legal experts have repeatedly dismissed this argument, pointing out, per the Constitution, that impeachment in the House is a political process more akin to the grand jury investigation phase, and that the president will enjoy due process rights during any Senate trial.

Graham then declared he won’t be tuning in to see the hearings when they begin this morning:

“So why am I not going to watch this hearing tomorrow? Because I think it is a threat to the presidency. I don’t want to legitimize it. It’s un-American. It denies the basics of due process.”

What Graham conveniently neglected to mention is that this “process” is the very same one used in the impeachment hearings conducted when former President Bill Clinton was impeached for having an extramarital affair while serving as head of state. Republicans — including Graham — weren’t complaining when they were the ones trying to remove a president from office. But now they are, proving that their hypocrisy is limitless.

Whether Graham watches or not (and you know he will), he will eventually have to face the reality that Donald Trump is being impeached and that he will have to serve as a juror if and when the case is before the Senate for the formal trial. Will he refuse to participate in that? Of course not! He wouldn’t want to miss his chance to be an obsequious suck-up on national television.