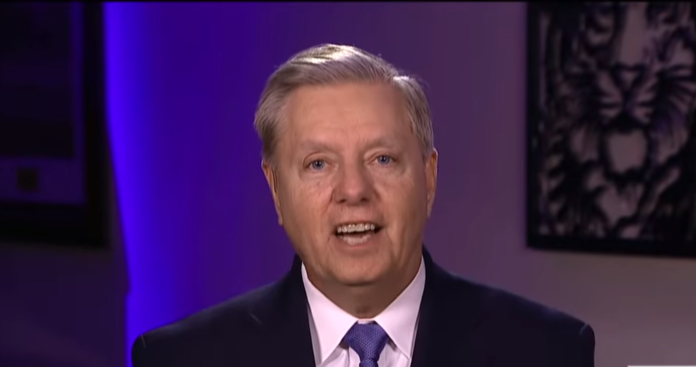 Senator Lindsey Graham (R-SC), who serves as chair of the Senate Judiciary Committee, says he’s eager to place former President Barack Obama under oath and question him about how and why the Russia investigation began.

During an appearance on Sean Hannity’s show Wednesday evening, Graham said he wants to know exactly what President Obama knew, when he knew it, and who told him:

“I can’t imagine an investigation of the Republican nominee for president — a counterintelligence investigation of his campaign — was not approved at the highest level. I cannot imagine it happening without somebody in the White House knowing about it.”

That led Hannity to ask if he would place Obama under oath. Graham responded:

“Absolutely. And yes, I’d like to know what President Obama thought about the investigation.”

“CNN has just hired the alleged architect of a criminal conspiracy against the Trump campaign. So how much time and attention do you think they are going to give to the Horowitz report when they hired the guy that Horowitz is investigating?”

One of the people Graham, Hannity, and President Donald Trump have all criticized is former FBI Director James Comey, who was also under investigation by Inspector General Michael Horowitz. Comey was cleared by the IG, as Vox notes:

Specifically, there is no finding that Comey lacked candor in his answers to investigators, and Horowitz writes that there is “no evidence” that Comey leaked any classified information to the media. For that, Comey claimed vindication.

DOJ IG “found no evidence that Comey or his attorneys released any of the classified information contained in any of the memos to members of the media.” I don’t need a public apology from those who defamed me, but a quick message with a “sorry we lied about you” would be nice.

And to all those who’ve spent two years talking about me “going to jail” or being a “liar and a leaker”—ask yourselves why you still trust people who gave you bad info for so long, including the president.

It’s interesting that Graham and Hannity want to put Obama under oath, but were delighted when Trump refused to sit under oath for an interview with Special Counsel Robert Mueller and is now claiming executive privilege across the board as it pertains to investigations by Congress. If Obama does the same, they’ll be ready to prosecute him in order to protect their sacred Donald Trump. Their hypocrisy knows no bounds.